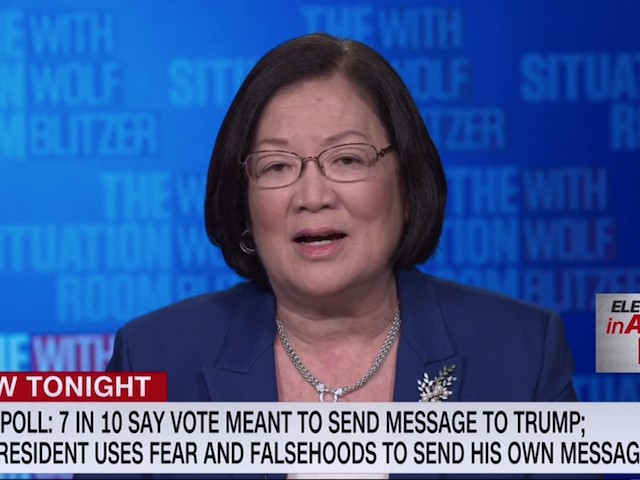 Monday on CNN’s “The Situation Room,” Sen. Mazie Hirono (D-HI) said it was “appalling” that President Donald Trump would even consider shutting down the government if no compromise is reached during the three-week extension.

Hirono said, “We should be focusing now on how to make sure that government keeps running until the end of the fiscal year. I hope that the committee, the joint committee will be able to come up with a border security proposal that we can support and the only person that keeps talking about a wall, basically, is the president. So again, I reiterate that if this joint committee can come up with good border security that Democrats and Republicans can support, then we should pass the legislation and the president can veto it if that’s what he wants to do. We should override his veto.”

When asked if she would support legislation that includes a border wall with Mexico, Hirono said, “I support and I have supported proposals, part of that includes fixing the walls that are needing to be fixed. But when we talk about border security, it means much more than what’s going on with the border. It includes what’s happening in our ports, which is where most of the drugs come in. It has to be much more of a total aspect of how to ensure our security at our borders and ports, not just totally focusing on the wall. The president is so adamant about it. I’m afraid he will contemplate another shutdown. In fact, it’s appalling that after 35 days of tremendous harm and the $11 billion lost in our national economy, which will not be recovered, it’s appalling that maybe we could have another shutdown so he can get his vanity wall.”