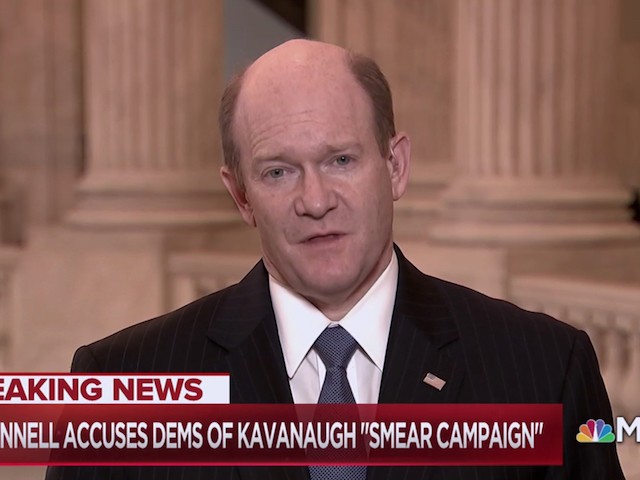 Monday on MSNBC’s “MTP Daily,” Sen. Chris Coons (D-DE) refused to say no when asked if Democrats take the majority in the midterm elections would they attempt to investigate or impeach Brett Kavanaugh after he is confirmed to the Supreme Court.

Guest host Katy Tur asked, “If Kavanaugh is confirmed would you move ahead to try and impeach him or investigate him if Democrats retake control of the Senate?”

Coons said, “Well, the Senate, as you know, doesn’t impeach, it’s the House that impeaches and then the Senate that renders the decision one way or the other. I think it’s a question for another day. But I do think the real issue that you’re raising here is this; if he’s confirmed and the allegations are not treated fully and fairly and investigated, then there will be a cloud over Judge Kavanaugh’s service on the Supreme Court if he’s confirmed. ”

Tur pressed saying, “Certainly not a no, sir?”

Coons agreed, “That’s right. I did not say no.”