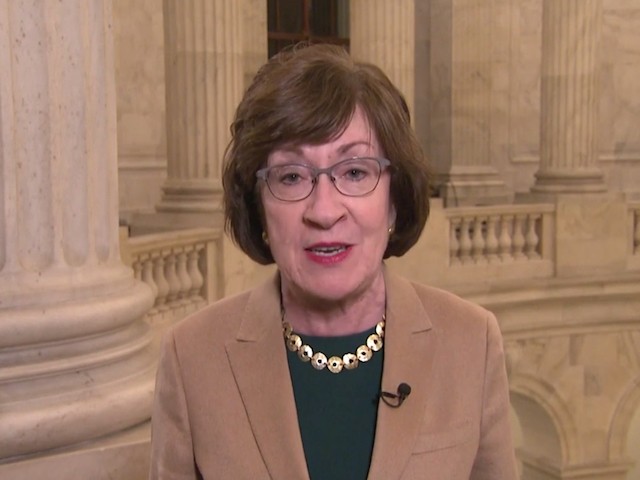 Tuesday on PBS’s “NewsHour,” Sen. Susan Collins (R-ME) said she was “not prepared at this point” to endorse President Donald Trump’s reelection bid in 2020.

Host Judy Woodruff asked, “Are you, at this point, prepared to endorse President Trump?”

Collins said, “I’m really focused on my own campaign for 2020, and I really haven’t focused on the presidential campaign. So, I’m not prepared at this point to make that decision.”

When Woodruff asked if Collins would endorse Trump at some point, Collins replied, “I don’t know, I’m going to have to see what happens between now and then and look at what his record is. I can’t imagine that I would endorse any of the Democrats who are running right now, but I’m going to focus on 2020 in 2020.”