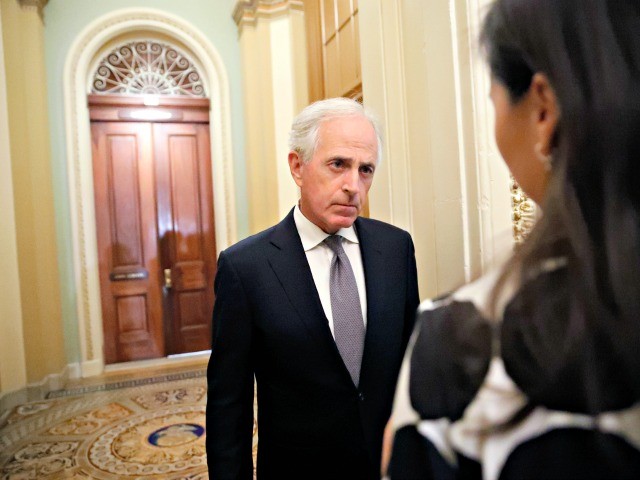 “I believe those who come forward with allegations of sexual assault deserve to be heard,” he wrote in a statement. “That is why I was one of the first members of the Senate to call on the judiciary committee to delay the original vote on the nomination so that both Dr. Ford and Judge Kavanaugh could provide additional information.”

“I know it took courage for Dr. Ford to appear before the committee today,” he continued. “I also very strongly believe that Judge Kavanaugh, like all Americans, deserves the presumption of innocence and that it was equally as important for him to have the opportunity to address the charges and defend himself.”

Corker explained his decision by stating that Ford had failed to provide sufficient evidence for her allegation and that Kavanaugh remains extremely well qualified to serve on the Supreme Court.

“While both individuals provided compelling testimony, nothing that has been presented corroborates the allegation. There is no question that Kavanaugh is qualified to serve on the Supreme Court, and in a different political environment, he would be confirmed overwhelmingly.”

“I believe Judge Kavanaugh has conducted himself as well as anyone could expect throughout this process and plan to vote to confirm him,” he added.

I plan to vote to confirm Judge Brett Kavanaugh. My full statement: pic.twitter.com/LDj4epYyhc

Corker is one of the handful of moderate Republicans understood to be wavering on Kavanaugh’s confirmation in the wake of sexual misconduct allegations designed to torpedo his nomination. Other undecided Republicans include Sens. Susan Collins, Jeff Flake, and Lisa Murkowski.

Meanwhile, some Democrats reportedly remain in play, with the likes of Sens. Joe Donnelly, Heidi Heitkamp, and Joe Manchin so far refraining from making a decision on the matter.
Follow Ben Kew on Facebook, Twitter at @ben_kew, or email him at bkew@breitbart.com.