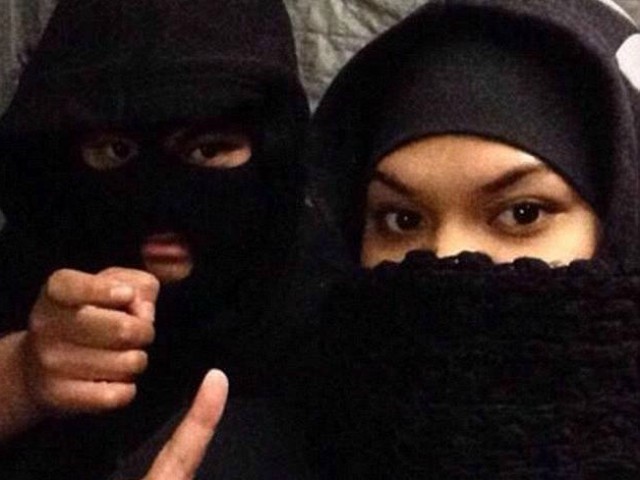 A couple who described themselves as an “Islamic Bonnie and Clyde” have been found guilty in an Australian court of planning a New Year’s Eve terrorist stabbing attack on non-Muslims.

Sameh Bayda and Alo-Bridget Namoa, both 21, were charged last year with the offences, which prosecutors allege had been plotted in late 2015 to early 2016.

They had already been in custody accused of collecting documents likely to facilitate terrorist acts and denied conspiring to do an act in preparation for a terrorist act.

But after more than three days of deliberations, a NSW Supreme Court jury on Friday found them guilty of the plot. Police evidence showed it involved detonating an improvised device, an incendiary device or using a bladed weapon.

Namoa, who married Bayda in an Islamic wedding ceremony in 2015 when they were 18, had referred to the couple as a jihadi “Bonnie and Clyde,” the Sydney Morning Herald reports.

Bayda was allegedly found with Arabic documents on how to carry out a stabbing and how to make an improvised explosive device (IED), media reports said.

Prosecutors alleged Bayda had given Namoa the knife and said each believed they had a “religious obligation to attack non-believers”, Sydney’s Daily Telegraph reported.

Namoa allegedly also had an Islamic flag, as well as instructions in Arabic on making a IED detonator, the reports added.

She reportedly wrote in a text message conversation with Bayda that they were the “Islamic Bonnie and Clyde”.

The pair will be sentenced in December.