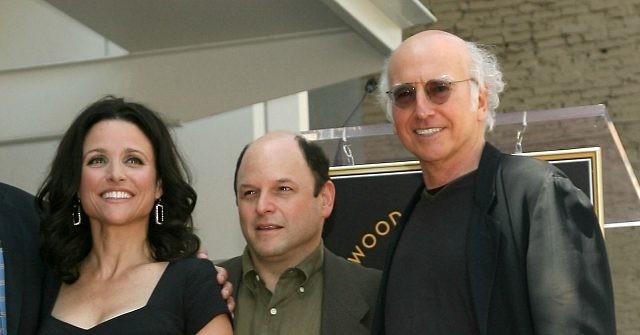 Cast members, Julia Louis-Dreyfus and Jason Alexander, from the iconic sitcom Seinfeld and co-creator Larry David  will reunite for a virtual fundraiser this Friday aimed at raising money for the Democratic Party in Texas.

The event titled “Fundraiser About Something,” will see the stars discuss their favorite episodes with NBC’s late-night host Seth Meyers. According to a joint statement from the celebrity trio, the state of Texas has never been pro-Republican but rather a place where Democratic Party sympathizers don’t vote.

“Texas is a battleground state, period,” the statement read. “We knew that we had to reunite for something special and the movement on the ground for Texas Democrats up and down the ballot is the perfect opportunity to do just that. Texans are getting out to vote in droves and showing the world that Texas has never been a red state, it’s been a non-voting state.”

“We couldn’t be more thrilled to host a ‘fundraiser about something’ for a terrific organization like the Texas Democratic Party, who are building the movement necessary to turn Texas blue in 14 days,” they continued.

Tickets for the event start at $1,000 for a “Bronze Level” and go all the way up to $10,000 for a “Victory Council” which includes a “virtual VIP reception and perks.

The cast of Seinfeld is one of the many shows hosting a reunion aimed at raising money to remove Donald Trump from office. Other casts from shows such as Happy Days, Parks and Recreation, Hamilton, The West Wing, and The Marvelous Mrs. Maisel have all reunited for the same cause.

Although most analysts expect President Donald Trump to win Texas, the state has become far more of a battleground in recent years. According to the RealClearPolitics polling average, Trump holds a lead over Biden of around 4.4 percent, making for potentially a far tighter race than in past presidential elections.