A career criminal, with a rap sheet dating back to the 1980s, has been freed from jail for the fourth time in six months after he stole a $750 70-inch television at a Target store in Seattle, Washington.

Surveillance footage, obtained by talk radio host Jason Rantz with KTTH, shows John Ray Lomack shoplifting the TV out of the Target store before being arrested by police officers. It is the twenty-second time that Lomack has shoplifted from the store in three months.

A homeless man is charged with burglary for trying to steal a massive flat-screen television from the downtown Seattle Target. Staff says it was the 22nd time he stole from the store in the past 3 months. The entire alleged incident was caught on surveillance footage obtained by the Jason Rantz Show on KTTH.

Back in October 2021, after having been arrested for shoplifting at the Target store, a King County, Washington prosecutor urged Judge Kuljinder Dhillon to hold Lomack in jail on a $5,000 bail — citing his criminal record of 32 prior arrests dating back to 1985.

Breitbart News reviewed Lomack’s booking records which show that his latest arrest on January 16 resulted in his release without bail, again, by Judge Melinda Young. For that arrest, Lomack spent just 10 days in King County Jail. 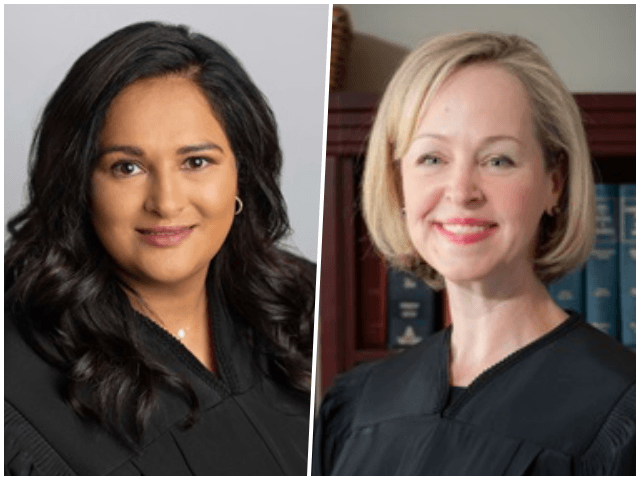 In the last six months, Lomack has been released from jail four times.

Lomack, since 1985, has been convicted of nearly 20 felonies and misdemeanors. These convictions include burglary, assault, cocaine possession, and attempted robbery.