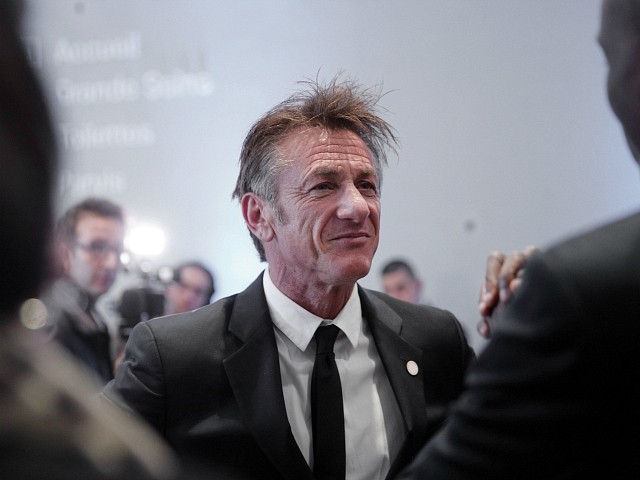 Turkey’s Anadolu Agency reported that Penn arrived at the Saudi consulate in Istanbul with a film crew of around ten people to film footage outside the embassy. He also shot scenes outside the residence of the Saudi consul, who fled the country after the killing.

Khashoggi, who lived in the United States and worked as a columnist for the Washington Post, disappeared in October after entering the Saudi consulate in Istanbul. The Saudi government admitted to having killed him at the consulate, though they claimed the death to be an accident. Many around the world, relying on anonymous reports printed in Turkish media, believe Khashoggi was brutally murdered and dismembered on the orders of Crown Prince Mohammed Bin Salman. Salman has denied involvement and the Saudi government officially cleared him of any wrongdoing in the case.

It is not the first time though that Sean Penn, an openly left-wing activist, has attempted to produce documentaries based on current controversial events. Last year, the Oscar-winner reportedly sabotaged the production of a documentary about notorious Mexican drug lord Joaquín “El Chapo” Guzmán. In the film, the Netflix production The Day I Met El Chapo, actress Kate del Castillo recalls meeting Guzmán with Penn and accuses Penn of creating difficulties on set, as well as implying that his lack of discretion may have resulted in Guzmán’s arrest and del Castillo’s ongoing legal issues with the Mexican government.

Penn fought Netflix to stop the film’s release, warning through attorneys that the streaming service would have “blood on their hands” because of fears over his safety after the meeting helped Mexican authorities locate Guzman and bring him to justice.

Penn is also known for his forays into foreign politics, having developed a close relationship with the late Venezuelan dictator Hugo Chávez and traveling to Cuba in 2011 to meet dictator Raúl Castro. Following Chávez’s death in 2013, Penn praised his socialist legacy and expressed confidence that Nicolás Maduro would carry the country toward prosperity.

“Venezuela and its revolution will endure under the proven leadership of Vice President Nicolás Maduro,” he said at the time. “Today the United States lost a friend it never knew it had. And poor people around the world lost a champion. I lost a friend I was blessed to have.”