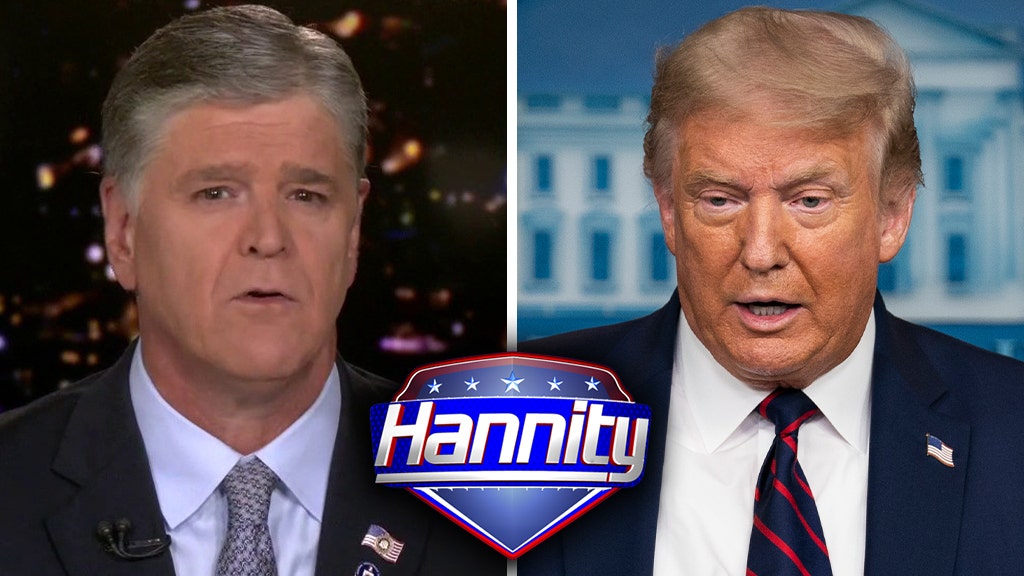 “I know from my sources in the White House, Hope was actually very vigilant about wearing a mask, took it very seriously. It’s the invisible enemy,” Hannity called in early Friday to weigh in on the breaking news coverage on Fox News Channel.

“It’s unfortunate obviously for him, his family, and everybody that works for the White House,” he said.

“I know there will be probably those that want to politicize something like this as quickly as possible which is sad, but predictable,” Hannity added. “But our hopes, our thoughts, our prayers are obviously with the first lady and the president that they have a speedy recovery.”

Trump critics did not hold back on Twitter, including Rep. Rashida Tlaib, D-Minn., dubbed part of a liberal “Squad” of freshman congresswomen.

“He still won’t wear a mask. He only cares about himself and his life, NOT those around him or the people he took an oath to protect. Too many lives lost because of his deadly lies,” Tlaib wrote.

However, several Trump critics, including MSNBC host Rachel Maddow, did join Hannity in offering well wishes for a speedy recovery.

Hannity also said he hopes Joe Biden and everyone at Tuesday night’s debate is healthy: “I don’t care if you’re Republican or Democrat, I don’t want any American getting the virus.”

Referring to his exclusive interview with the president Thursday night, Hannity said Trump talked about “the fact that we’ve come up with better therapeutics, we’re closer than ever to getting the final phase of testing and a number of companies in terms of vaccines … might be as soon as late October, late November.”

The Fox News host noted that just 30-some days before the Nov. 3 election, everything will be viewed through the prism of politics.

“I would argue the health of everybody comes first,” he said. “The president is strong, he is healthy, he is fit, he takes no medications that have been made public that I’m aware of and I don’t think he takes any. I think that he’s probably a good candidate with therapeutics to make a quick speedy recovery and we pray for that … we pray for the first lady, that the former vice president remains healthy too.”