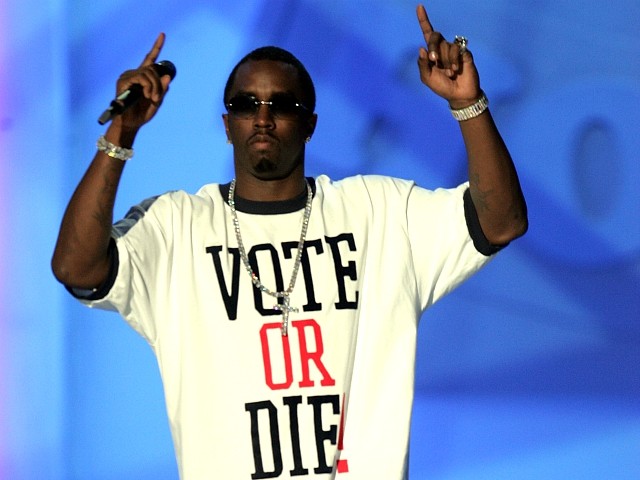 According to a press release via Gillum’s campaign, Combs and Khaled, along with Monica, Will Packer, and Tiffany Haddish, will hold a “Bring It Home Midnight Rally” at Florida A&M University in Tallahassee.

“Doors will open at the Lawson Center at 9:30, with pre-rally programming starting at 10 p.m. Organizers say the event should last until 1 a.m., hours before polls open on Election Day,” reports Florida Politics.

The news of the last-minute rally comes after Diddy endorsed Gillum on Saturday. “I am so proud to endorse Andrew Gillum, who will become the first black Governor of Florida,” the rap mogul said in the one-minute video shared to YouTube.

Combs affirmed he is not only backing the far-left candidate because he is African-American but “because he’s the best man for the job.”

“He’s running a campaign for the people,” he added. “I’ve spoken to him at length. I believe in him, his focus, his ideas, what he stands for.”

One day after Combs endorsed Gillum, pop star Rihanna threw her support behind the progressive Tallahassee mayor, urging her nearly 66 million Instagram followers to help make him Florida’s first-ever Black governor. “If you’re tired of feeling like you don’t matter in the political process, know the most important thing you can do in supporting a candidate is finding someone who will take on critical issues such as: making minimum wage a livable wage, paying teachers what their worth, ensuring criminal justice reform, making healthcare a right, and repealing Stand Your Ground,” Rihanna wrote of Gillum.

According to a survey released by St. Pete Polls on Saturday, Gillum holds a razor-thin 46-48 percent lead over his Republican rival Ron DeSantis, with a 1.9 percent margin of error.