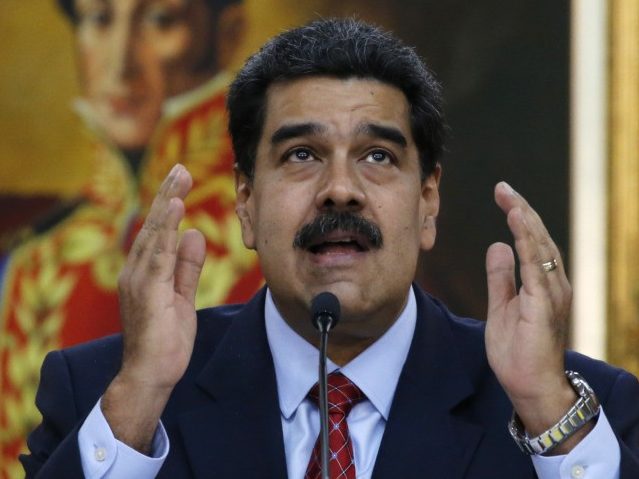 Scripps College in Claremont, California, hosted an event on Monday, featuring speakers who defended the dictator of Venezuela, Nicolas Maduro, in an attempt to impress students with a positive view of the socialist regime.

The college hosted two speakers who defended socialist dictator Nicolas Maduro, and who also scrutinized the idea of foreign countries intervening in Venezuela’s humanitarian crisis, according to The Claremont Independent.

The event, entitled, “Venezuela is Irrevocably Free,” featured Akinyele Umoja and Jeanette Charles, who used their speaking opportunity to celebrate the endurance of the socialist dictator, whose forces have killed thousands of his nation’s citizens.

Umoja is a professor at Georgia State University, and “a co-founder of the Malcolm X Grassroots Movement,” who also attended Maduro’s inauguration earlier this month.

Charles is reportedly a journalist, who is currently pursuing a Ph.D. at the University of California, Los Angeles.

Umoja and Charles suggested that the United States is trying “to dictate to a sovereign people” in its opposition to the dictator.

Speakers attempting to instill favorable opinions of Maduro into the minds of students is taking place at the same time that freshmen members of Congress are regurgitating similar talking points, as well as accusing the United States of backing a “coup” with regards to Venezuela.

Meanwhile, Rep. Ilhan Omar (D-MN) has blamed sanctions — not socialism — for the crisis engulfing the people of Venezuela.

Monday’s event was not the school’s first time hosting speakers who defended the socialist dictator. In November, Scripps College held a similar event, which had been its “third semester in a row” funding a pro-Maduro talk series, according to The Claremont Independent.

Charles, who spoke at the school again in November, reportedly told students that food shortages were caused by private companies in Venezuela.

Charles also noted that many of these companies are owned by “people of primarily Italian or Portuguese ancestry,” implying that Venezuela’s problems may be derived from racism harbored by the descendants of Italians and Portuguese, rather than by the consequences of Maduro’s socialist policies.