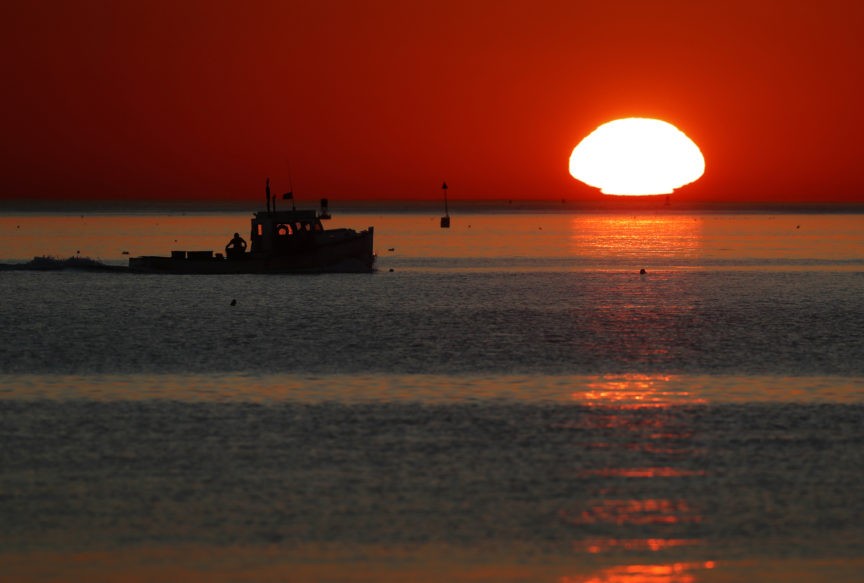 Research from scientists at Harvard and Yale universities was recently published in a journal called Environmental Research Letters which proposes using a technique called stratospheric aerosol injection to fight against climate change. The proposed technique would see scientists launching sulfate particles into the Earth’s lower stratosphere at altitudes up 12 miles high.

Currently, the technology exists but there are no aircraft suitable to carry the particles and “developing a new, purpose-built tanker with substantial payload capabilities would neither be technologically difficult nor prohibitively expensive,” the researchers stated. The researchers have estimated that it would cost $3.5 billion to launch a system in 15 years time and would cost $2.25 billion a year to maintain over the course of those 15 years.

“We make no judgment about the desirability of SAI,” the report states. “We simply show that a hypothetical deployment program commencing 15 years hence, while both highly uncertain and ambitious, would indeed be technically possible from an engineering perspective. It would also be remarkably inexpensive.”

The report also acknowledges that cooperation between multiple countries around the world would be needed in order to make the project viable. The report also conceded that the technique is not without its downsides: it could negatively affect crop yields, lead to droughts or cause even more extreme weather. The proposal does not discuss the issue of greenhouse gases which are reportedly a leading cause in climate change.

The authors of the report themselves were quite skeptical, Philippe Thalmann of the École Polytechnique Fédérale de Lausanne, states: “From the point of view of climate economics, solar radiation management is still a much worse solution than greenhouse gas emissions: more costly and much more risky over the long run.”

David Archer of the Department of Geophysical Science at the University of Chicago commented: “The problem with engineering climate in this way is that it’s only a temporary Band-Aid covering a problem that will persist essentially forever, actually hundreds of thousands of years for fossil fuel CO2 to finally go away naturally. It will be tempting to continue to procrastinate on cleaning up our energy system, but we’d be leaving the planet on a form of life-support. If a future generation failed to pay their climate bill they would get all of our warming all at once.”