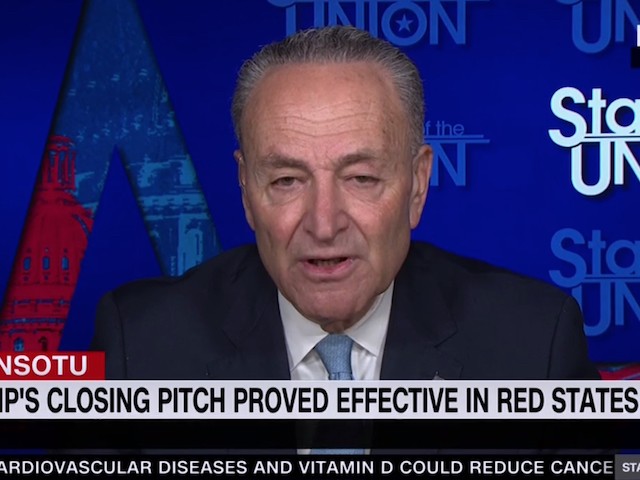 Sunday on CNN’s “State of the Union,” Senate Minority Leader Chuck Schumer (D-NY) in light of newly appointed acting Attorney General Matthew Whitaker’s past comments about the Russia investigation, the Democrats will force legislation into a spending bill to protect Special Counsel Robert Mueller to avoid a “constitutional crisis.”

Schumer said, “The appointment of Mr. Whitaker should concern every American, Democrat, Republican, liberal, conservative, who believes in rule of law and justice. He has already prejudged the Mueller situation. If he stays there, he will create a Constitutional crisis by inhibiting Mueller or firing Mueller. So Congress has to act. Has to act.”

He added, “Here is what he said. this is amazing. This fellow, Whitaker, the new acting attorney general, said at one point that there was no problem that Russia interfered in our elections did. He has already outlined how to strangle the Mueller investigation, cut their funding and other things.”

He added, “We Democrats, House and Senate, will attempt to add to must-pass legislation, in this case, the spending bill, legislation that would prevent Mr. Whitaker from interfering with the Mueller investigation.”