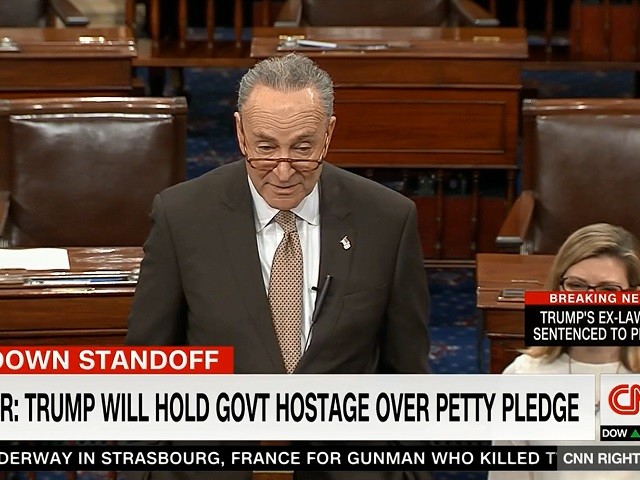 During a speech on the Senate floor on Wednesday, Senate Minority Leader Chuck Schumer (D-NY) stated that President Trump has signaled his willingness to hold part of the government “hostage” in the name of “a petty campaign pledge to fire up his base.”

Schumer said, “President Trump made clear, he’ll hold parts of the government hostage for a petty campaign pledge to fire up his base.”