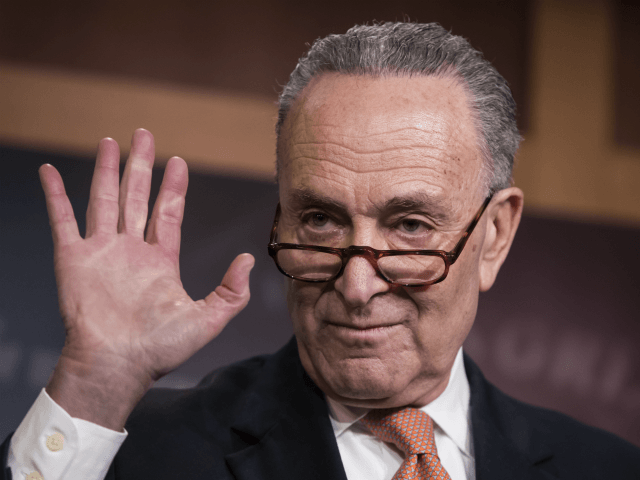 On Friday’s broadcast of MSNBC’s “Morning Joe,” Senate Minority Leader Chuck Schumer (D-NY) commented on President Trump’s handling of Washington Post writer Jamal Khashoggi by saying the president is “emulating dictators,” and “seems to like” the actions of dictators.

Schumer said, “First, the president moving so reluctantly, somehow, when he finds these dictators doing brutal things, he seems to like it.”

Schumer then commented on how the US is the world’s moral example and preaches freedom and democracy, and when it doesn’t do that, “as Donald Trump is doing now, emulating dictators, that reduces all these barriers in the world, and dictatorships and chaos — and that’s going to hurt us security-wise in the long run.”