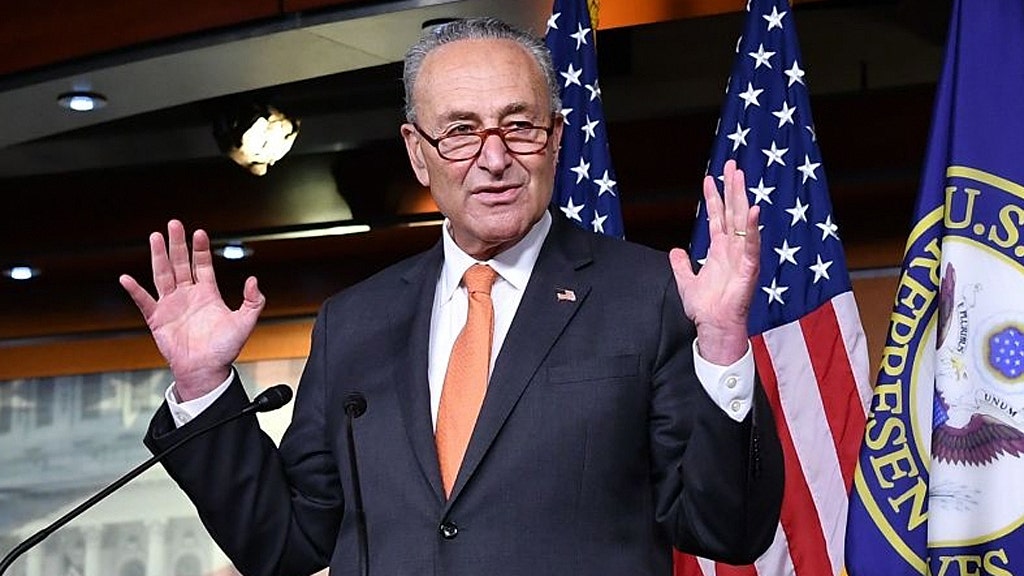 Senate Minority Leader Chuck Schumer, D-N.Y., repeating his frequent warning that “everything is on the table,” signaled that he would push to end the filibuster and grant Washington, D.C., and Puerto Rico statehood should Democrats take control of the Senate.

Asked on MSNBC if he would grant Puerto Rico and D.C. statehood, the New York Democrat said, “I would love to make them states,” should Puerto Rico vote for it, noting that D.C. has already voted to become a state.

“As for the filibuster, I’m not busting my chops to become majority leader to do very little or nothing done,” Schumer continued. “We are going to get a whole lot done. And as I’ve said, everything, everything is on the table.”

Republicans and even moderate Democrats have balked at the idea of eliminating the filibuster in recent days, though President Trump pushed to end it in 2017 when the Senate’s majority was not in jeopardy.

The procedural encumbrance was designed for a more deliberative Senate, rather than the majority-rule House.

Under the filibuster, 60 votes are needed to end debate on most bills, though a simple majority is needed to pass the bills once debate is over.

Schumer was tight-lipped when asked if he would remove the guardrail should his party secure a net gain of four seats to take the majority, repeating his trademark expression since Republicans announced they’d push through a Supreme Court nominee before the election: “Nothing’s on the table. Nothing’s off the table.”

“We’ll have to wait until we get the majority before we can decide what to do and under what conditions and how many votes we have,” the minority leader continued.

As Democrats prepare to potentially take back the Senate and the presidency, they are concerned Republicans may use the rule to put up blanket resistance to a possible President Joe Biden’s agenda.

Biden ducked a question on whether he’d support ending the filibuster and packing the Supreme Court Tuesday night at the debate. “Whatever position I take on that, that will become the issue,” he said.

But Senate Majority Leader Mitch McConnell, R-Ky., in a floor speech last week, warned that if Democrats get rid of the filibuster, they could use it to advance legislation making Washington, D.C., a state, thus almost certainly giving their party two more U.S. senators.

“A coalition of left-wing special interests are explicitly campaigning for, quote, ’51 for 51,'” McConnell said, tearing into Democrats for allegedly “threatening” America’s political institutions. “They want senators to vandalize the rules to pass legislation with a simple majority, and then use that ill-gotten power to cement a presumed advantage by awarding the District of Columbia two seats.”

He added: “They want to nuke the Senate to pack the Senate. It is naked politics.”

In 2017, a group of bipartisan senators signed a letter to McConnell asking him to leave the filibuster in place. Sen. Chris Coons, D-Del., authored the letter with Sen. Susan Collins, R-Maine. However, many Democrats have expressed a shift in tone since three years ago.

DEMOCRATS SIGNAL PLANS TO TARGET FILIBUSTER IF THEY TAKE BACK SENATE, AS GOP EMBRACES CAMPAIGN ISSUE

A spokesperson for Coons recently told Fox News that “he doesn’t want to get rid of the filibuster, but he won’t sit idly by if Senate Republicans obstruct progress on urgent priorities.”

Sen. Kamala Harris, D-Calif., who signed the letter, said at a CNN town hall last year while she was running for president she would remove the filibuster for “Green New Deal” legislation.

“If [Republicans] fail to act, as president of the United States, I am prepared to get rid of the filibuster to pass a Green New Deal,” she said.

Three other former presidential candidates who signed the pro-filibuster letter – Sen. Amy Klobuchar, D-Minn., Sen. Kirsten Gillibrand, D-N.Y., and Sen. Cory Booker, D-N.J. – signaled that they were open to potentially removing the filibuster, according to The Washington Post.