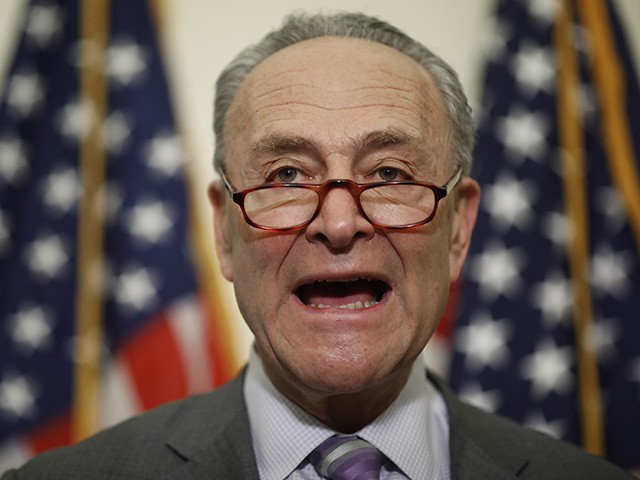 During a speech on the Senate floor on Wednesday, Senate Minority Leader Chuck Schumer (D-NY) called on Supreme Court nominee Judge Brett Kavanaugh to withdraw his nomination and President Trump should pull Kavanaugh’s nomination if Kavanaugh won’t step aside voluntarily.

Schumer said, “I strongly believe Judge Kavanaugh should withdraw from consideration and the president should withdraw this nomination if Kavanaugh won’t do it voluntarily. If he will not, at the very least, the hearing and vote should be postponed while the FBI investigates all of these very serious and very troubling allegations.”