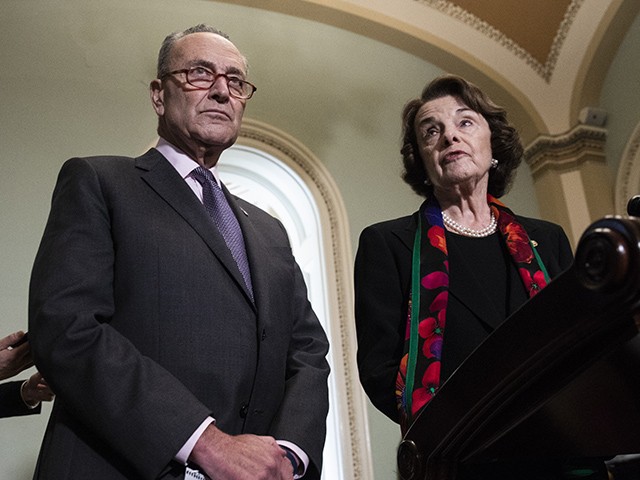 During a press conference on Thursday, Senate Minority Leader Chuck Schumer (D-NY) stated that fears that the FBI would be limited from getting all the facts in its investigation of Supreme Court nominee Judge Brett Kavanaugh “have been realized.”

Schumer said, “[W]e had many fears that this was a very limited process that would constrain the FBI from getting all the facts. Having received a thorough briefing on the documents, those fears have been realized.”

Schumer further disagreed with Senate Judiciary Committee Chairman Chuck Grassley’s (R-IA) claim that there wasn’t any hint of misconduct. Schumer also called for both the FBI report and the directive given to the FBI by the White House be made public.

Schumer added that he believes the White House “greatly constrained the investigation from the get-go.”