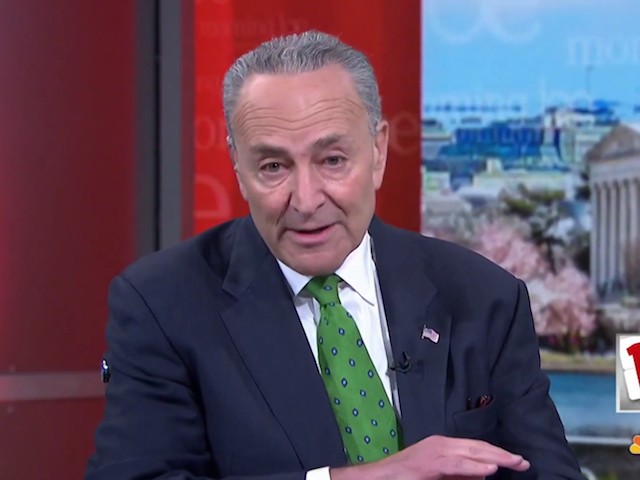 Friday on MSNBC’s “Morning Joe,” Senate Minority Leader Chuck Schumer (D-NY) said Democrats were running “neck and neck” to win the majority in the Senate in the midterms.

When asked what the Democrats message is, Schumer said, “Very simple. First and foremost, better health care at lower cost. it’s the number one issue in America.”

He continued, “Let me just say this. Mitch McConnell gave us a gift in the last three days. He showed who the Republican Party really is. Day one, cut Medicare, Medicaid, social security, day, two remove 30 million people from health care, day three, join a lawsuit that gets rid of pre-existing conditions. Health care, you know my mother used to tell me when someone shows you who they are, believe them. That’s a game changer. what McConnell did in the last three days is a game changer for us.”

He added, “This election is neck and neck. And as I said, McConnell gave us a gift. That’s a game changer when he shows who he is and wants to really hurt people on health care.”