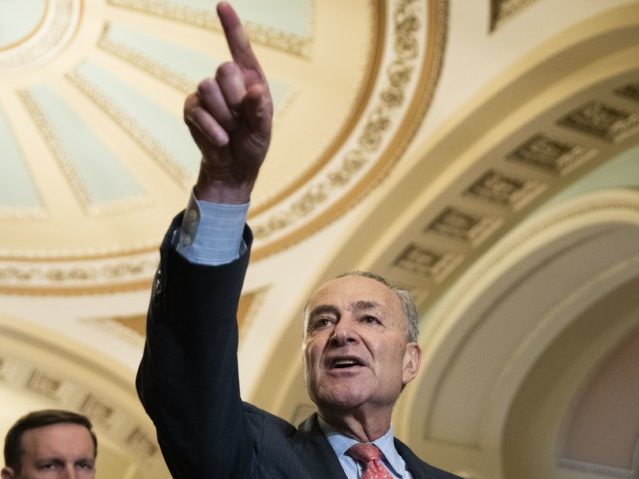 Senate Minority Leader Chuck Schumer admitted he thought there was “too much political correctness” in the United States, in an interview with MSNBC on Friday.

The interview was focused on the upcoming midterm elections, but made a brief sideline to address President Donald Trump’s flat rejection of “PC culture.” When MSNBC’s Steve Kornacki asked Schumer whether there is “too much political correctness in this country,” Schumer responded:

Democrats’ next priority? “Drain the swamp,” Schumer said, with a completely straight face.