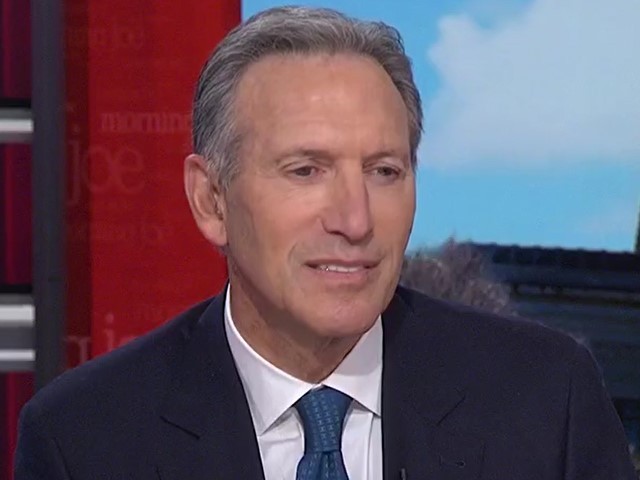 Wednesday on MSNBC’s “Morning Joe,” former Starbucks CEO Howard Schultz commented on the reaction to his announcement he was considering entering the 2020 presidential race as an independent.

Schultz said he has been getting a lot of “interest and backlash from the Democratic Party.

“I must be doing something right to create so much interest and backlash from the Democratic Party,” Schultz stated. “Some of it is a surprise, but we expected to see some of the level of vitriol but not the extent it’s been.”

He added, “All of the issues that the current government, both parties, have been unwilling and unable to solve. Whether a Democrat wins a presidency or Donald Trump gets re-elected, I hope not, nothing is going to change because our politics and our government is broken.”