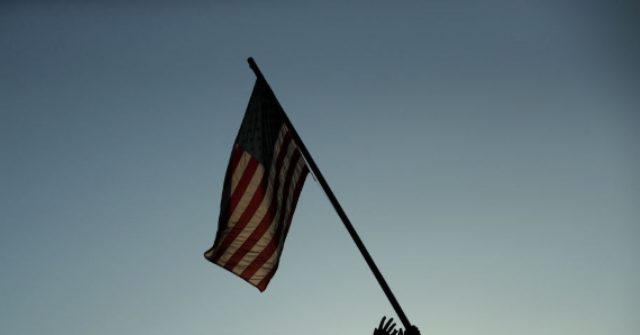 There are 30 teams in Major League Baseball and 30 clubs in the NBA. The NHL skates 31 squads, while the NFL has 32 franchises. That’s 123 professional teams in the four major sports. A grand total of one recognized Flag Day on social media. One. Uno. Just one.

On Sunday, the Houston Astros tweeted from their @astros account: ‘Happy #FlagDay #ForTheH’. The team also included an American flag emoji and a picture of the stars and stripes. Seems like the least an organization can do. But, 122 out of 123 teams failed to recognize the day on which we celebrate our beautiful flag, a flag that represents all Americans.

Perhaps this is the norm, someone may wonder. Maybe teams rarely recognize Flag Day publicly. Wrong. The majority of teams in baseball, basketball, football, and hockey have issued a Flag Day message in recent years.

The Dallas Cowboys have wished the country a happy Flag Day often. In 2017, the club tweeted: ‘For the stars & stripes. #FlagDay’. They included a great shot of former Cowboys safety George Teague running onto the field with a big American flag. This year? Nothing.

The NBA has been pretty anti-Flag Day for some time, despite the efforts of Pierre The Pelican. In 2018, the New Orleans Pelicans mascot tweeted: ‘Happy Flag Day @NBA fans! #FlagDay.’ The Pel added a flag emoji and a picture of himself proudly holding Old Glory. This year? Nothing.

So, this is where we are, folks. Teams playing in American leagues are basically boycotting the one day we celebrate our American flag.

Flag Day was a patriot’s trifecta this year. Not only was it the Flag Day holiday, but June 14 is also President Trump’s birthday and the birthday of the U.S. Army.

To their credit, the Miami Dolphins and Washington Nationals both tweeted well wishes to the @USArmy. Neither, however, had a thing to say about Flag Day. The San Diego Padres tweeted a generic message to #SDMilitary and the @USAA.

And that’s it. A military message, two Army birthday wishes, and a lone Flag Day tweet. That’s what we got from 123 teams.

No one expected any birthday wishes for President Trump. After all, these teams are so scared of LeBron James and company that they wouldn’t dare acknowledge DJT on his birthday. That’s fine. But the American flag???

What nation exactly is the National Basketball Association referring to? How about the National Football League? Is it time to get rid of those nice red, white, and blue logos?

While every team except the Astros shunned Flag Day, teams did post about other things on June 14. Pride Month was well represented. Juneteenth, too. Mascots going into the Mascot Hall of Fame got a lot of play. And plenty of begging for forgiveness, of course. Anything and everything, really. Everything, except recognition of Flag Day.

Athletes keep telling us that kneeling protests are not about the flag. Kneeling is to protest racism and police brutality, they say. Kneeling is to show support for Black Lives Matter, they contend. It has nothing to do with the flag. So, let’s ask the same question again, that no one in sports seems to have an answer for.

If it has nothing to do with the flag, then why is the kneeling always done during our national anthem when our flag is presented? And why did only one out of 123 teams recognize Flag Day this year, even though many, many teams posted about Flag Day before?

Say it is about the flag once and for all or stop disrespecting it.

Along with the Flag Day silence from 122 clubs, the leagues themselves were also mum on social media. The NFL, NBA, NHL, and MLB failed to mention Flag Day on their official online accounts. NASCAR also kept quiet online, although they did run a Flag Day segment featuring Johnny Cash on television. That piece ran during a rain delay. It’s unknown if it would’ve run if not for the inclement weather.