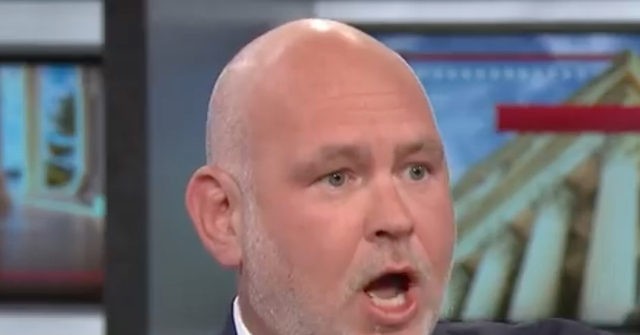 Host Stephanie Ruhle said, “Will the American people even buy this argument that he’s the law and order president? When you see the likes of Jim Mattis and Colin Powell warn the American people of the dangers of having President Trump in office, how did he, a guy whose administration blows their nose with subpoenas, actually stand up and say, I’m the law and order president?”

Schmidt said, “Well, it is the most corrupt administration in American history, bar none. And there is that aspect to it. But specifically what Donald Trump is saying when he says he’s a law and order president — and let’s be clear about it — what he’s saying is he’s going to crack down on black people. That’s what he’s saying. And so when he defines law and order as what? Standing on the neck of an African-American for eight minutes? Watching him die on television? Does he mean launching violence against peaceful protesters outside the White House so he can walk across to St. John’s and desecrate the Bible? His law and order is the law and order of Bull Connor. It’s the law and order of an age in this country that’s not ever going to come back, but it has very little to do with justice. He has incited, he has divided, he has assaulted the rule of law, he has weakened our essential institutions.”