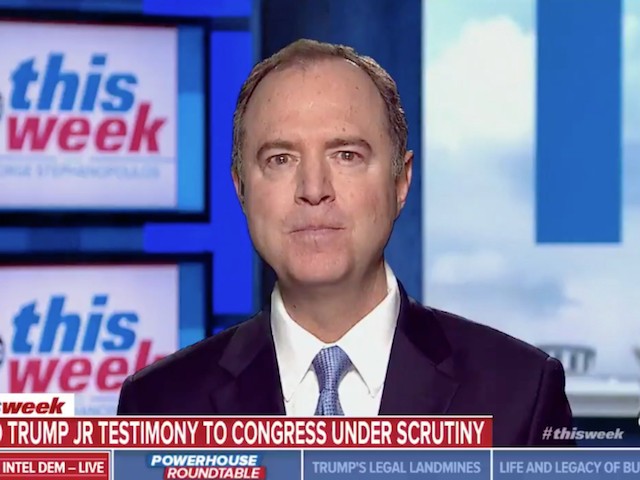 Sunday on ABC’s “This Week,” Rep. Adam Schiff (D-CA) said President Donald Trump saying last week he would not rule out a pardon for his former campaign chairman Paul Manafort was more evidence of  the president “obstructing justice.”

Schiff said, “The president continues to dangle a pardon for Paul Manafort, which only adds to growing body of evidence that the president is engaged in obstructing justice.”

Discussing Department of Justice special counsel Robert Mueller, Schiff added, “You cannot have people who are essentially in discussions with you flaunt that process, deceive you, if you want to telegraph to other witnesses that you darn well better be true when you say you want to cooperate with us.”