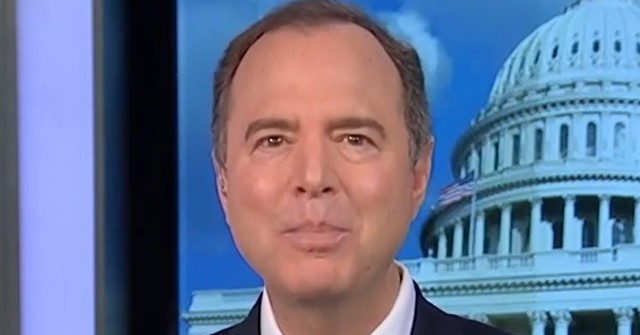 During an interview on MSNBC on Thursday, House Intelligence Committee Chairman Adam Schiff (D-CA) expressed his concern that President Trump will continue his “terrible mishandling” of both the coronavirus pandemic, and “of the protests in our streets,” that Trump will “further leave Americans vulnerable to becoming ill and dying” from the coronavirus, and that the president will continue “contesting the results of the election.” Schiff further accused the president of encouraging a “more militaristic” police response to protests.

Schiff said, “Well, I guess, first and foremost, I’m worried that he’ll continue this terrible mishandling of the pandemic, of the protests in our streets, that he will further divide us, he’ll further leave Americans vulnerable to becoming ill and dying from the virus. But he will also continue this path of delegitimizing the votes of millions, seeking to disenfranchise them, but those who do vote by absentee, seeking to discredit those votes, and contesting the results of the election. So, that’s a lot I know, Joy, but sadly, he’s given us every reason to be concerned about all those things.”

He added that Trump has tried to “egg on a more militaristic response by police, calling in troops.”