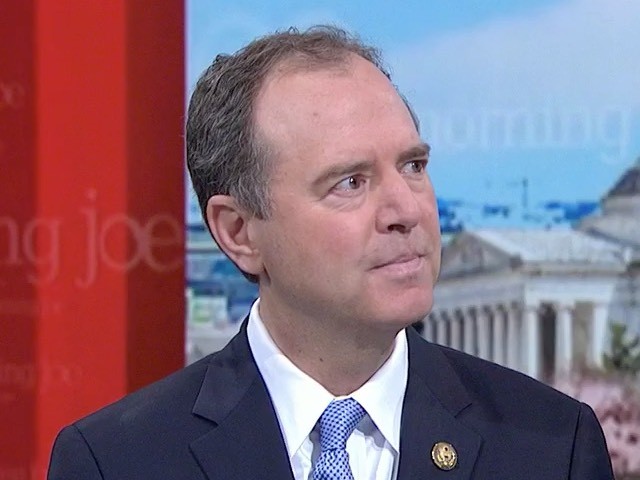 Rep. Adam Schiff (D-CA) during Thursday’s “Morning Joe ” on MSNBC weighed in on Brett Kavanaugh’s potential confirmation to the Supreme Court amid sexual misconduct allegations from over 30 years ago by Dr. Christine Blasey Ford, saying the GOP is signaling that they are “OK” with “putting someone who committed attempted rape on the Supreme Court of the United States.”

MSNBC’s Willie Geist asked, “[D]o you believe that Dr. Ford should testify before the Senate Judiciary Committee on Monday as she’s been invited?”
“I hope that she does, because I’m afraid that what the Republicans on the Senate Judiciary Committee really want is they want her to go away,” Schiff replied. “They don’t want the country to hear from her, and they certainly don’t want the country to hear from her live and on television. She’s absolutely right: the FBI should do a thorough vetting of these allegations. The Senate shouldn’t simply rely on hearing two conflicting accounts and decide, ‘Well, we’re OK with not knowing. We’re OK with the fact we might be putting someone who committed attempted rape on the Supreme Court of the United States.’”

He continued, “They should get to the bottom of this. And it wouldn’t take that long to do. This is the same crowd that waited a year to fill the last vacancy during the Obama administration on the Supreme Court, so why this rush? And I think they realize they have a very imperfect candidate, in fact, they may have a candidate who has committed attempted rape.”