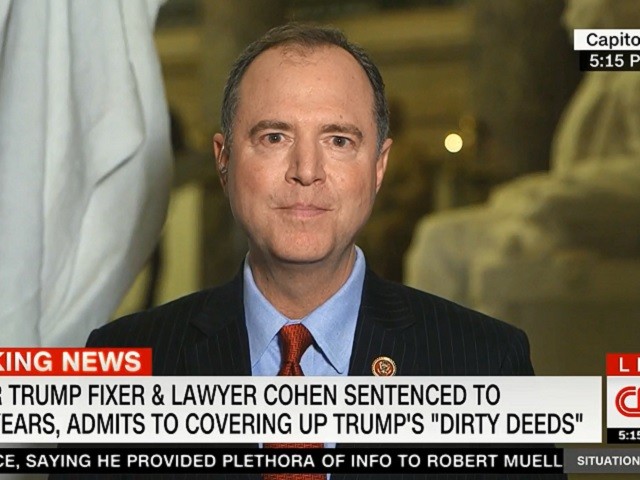 On Wednesday’s broadcast of CNN’s “Situation Room,” incoming House Intelligence Committee Chairman Adam Schiff (D-CA) called for the Justice Department’s Office of Legal Counsel (OLC) to reevaluate its opinion that a sitting president can’t be indicted “under circumstances in which the failure to do so may mean that person escapes justice.”

Schiff said, “I think the Justice Department needs to reexamine that OLC opinion…that you cannot indict a sitting president under circumstances in which the failure to do so may mean that person escapes justice. Because if it were the case that it was now or never, that if you wait until after the president leaves office, they can no longer be brought to justice, that ought to create, certainly an exception to that OLC rule, if not mean revisiting and revising the rule altogether.”

He added, “I don’t think that the Justice Department ought to take the position — and it’s certainly not one that would be required in any way by the Constitution — that a president, merely by being in office, can be above the law, can escape the enforcement of the law, by essentially waiting out the law, by waiting out the statute of limitations. So, there ought to be a mechanism to make sure that that is not the case, whether that means revisiting the OLC opinion that — and allowing the indictment of a sitting president and staying the prosecution, or allowing both the indictment and prosecution.”