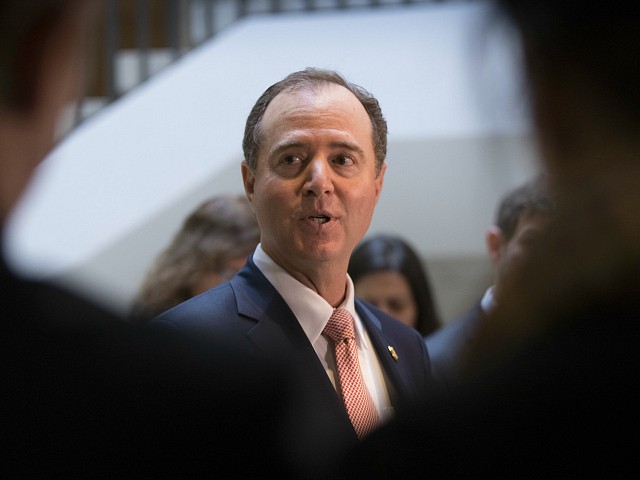 On Friday’s broadcast of CNN’s “AC360,” House Intelligence Committee Ranking Member Adam Schiff (D-CA) reacted to reports that Deputy Attorney General Rod Rosenstein considered recording the president and discussed the 25th Amendment by stating, “we can’t dismiss the possibility, maybe the probability, that this is being teed up by the president’s allies who want to get rid of Rod Rosenstein.”

Host Anderson Cooper asked, “Would the president be justified in firing Rosenstein?”

Schiff responded, “Absolutely not. And we can’t dismiss the possibility, maybe the probability, that this is being teed up by the president’s allies who want to get rid of Rod Rosenstein. And I think we have to look at this in the context of what’s happened over the last week. And it begins with an about-face in the Congress. For months and months, the Democrats on the Intelligence Committee have been urging the release of the transcripts of the witnesses in the Russia investigation, and the Republicans refused. Mr. Nunes refused, and Mr. Gowdy refused. Then, all of a sudden, the chairman…says, we want to release the transcripts. Now, what precipitated this? Was it the Manafort guilty plea? Did the Trump lawyers say we want access to this? Because the very next day, the president himself issues this injunction that he wants these classified documents released, a whole different set of classified documents. This looked like a coordinated effort.”