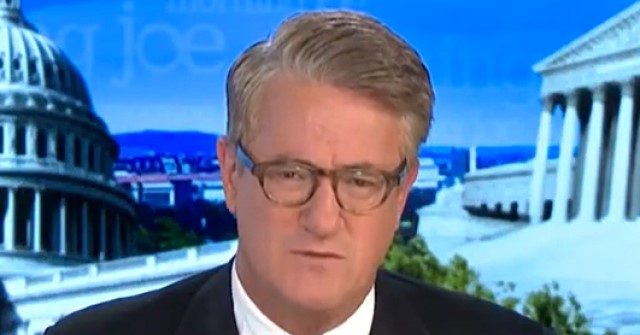 Not long after it was announced one of President Donald Trump’s aides, Hope Hicks, tested positive for COVID-19, the president announced he and first lady Melania Trump have also tested positive. MSNBC “Morning Joe” host Joe Scarborough reacted to the news on Friday, saying the positive tests in the White House could slow down the nomination of Supreme Court justice nominee Judge Amy Coney Barrett.

Scarborough noted that Trump has recently been in contact with Barrett and Senate Majority Leader Mitch McConnell (R-KY), and they could be exposed. He suggested that if they have been exposed, the hearings would be pushed back “at least two weeks, at least three weeks.”

“We’re talking about the campaign, but also again, it’s very important for everyone that has been exposed, especially when you’re talking about the Supreme Court nominee, the President Trump Supreme Court nominee, has she been exposed? Has Mitch McConnell been exposed?” Scarborough wondered. “It sounds like they likely have, and if that’s the case, that’s something that obviously pushes any hearings back at least two weeks, at least three weeks. The president obviously telling us from the debate stage on Tuesday night he wants to expedite her nomination as quickly as possible because he wants her vote on any challenge that he has to the outcome of election results. If you do the contact tracing, it seems that that is unlikely to happen over the next few weeks, at least until everybody is cleared.”