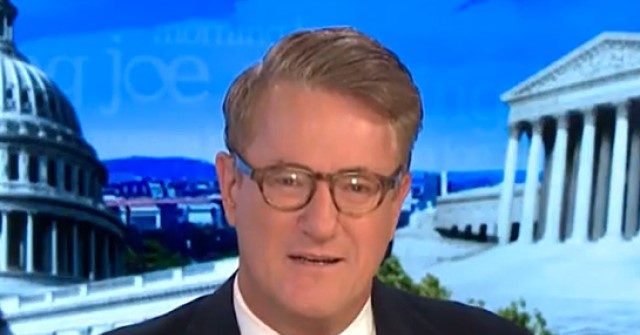 Esper has said he thought the purpose of the military clearing out protesters was to “see some damage” done from the violent protests. Scarborough advised that if he was misled by Trump, then he needs to “resign this morning.”

“What’s so surprising to me with the brutality surprising to me, the head of the Department of Defense, hey, James Mattis, you want to wake up from your slumber and start offending somebody? Because you’re pissing off a lot of people, James Mattis. Your silence is pissing off a lot of people. We have a Secretary of Defense who actually said he thought that the president were going to inspect troops, and they were going to inspect a bathroom. Now, that is Secretary Esper’s worst excuse since he said his dog ate his Constitution. … It’s despicable if he were misled by that, by the President of the United States, then he should resign. Secretary Esper, you should resign this morning if you were used as a political plot. You are military, Mr. Secretary. You’re military. The men and women of our military are being used as political props. And guess what? They’re not good political props because we have separated civilians from the military for about 240 years, and it’s worked out pretty well for us.”