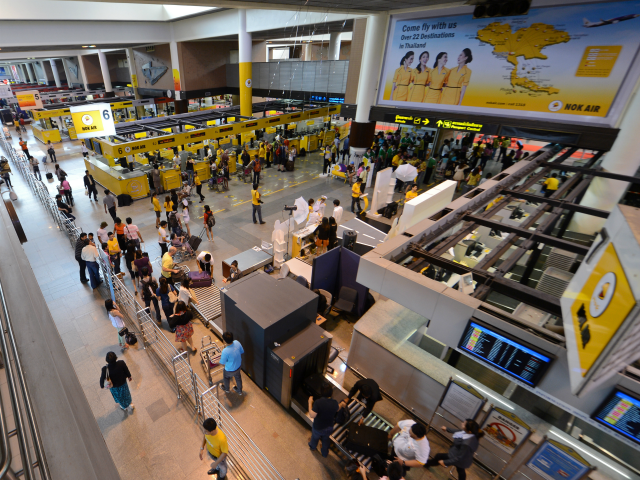 A young Saudi woman who has renounced Islam says she is stranded at Bangkok’s main airport after fleeing her family and having her passport seized by a Saudi official. She claims she was on her way to Australia in search of asylum.

Rahaf Mohammed al-Qunun says she was on a trip to Kuwait with her family when she fled on a flight two days ago and went to the Thai capital to make the connection to Australia.

Alqunun is currently confined in a hotel inside the airport, watched by men she said were from the Saudi embassy and Kuwait Airlines.

The ex-Muslim detailed her plight on Twitter, saying: “Because I got nothing to lose I’m going now to share me real name and my all information.”

“My name is Rahaf Mohammed Mutlaq Alqunun, and this is my picture.

“I’m afraid, my family WILL kill me.”

My name is Rahaf Mohammed Mutlaq Alqunun, and this is my picture pic.twitter.com/RHsnnPWUjL

ABC News in Australia reports it has received a video message from the teenager, to be broadcast in the event she disappears.

“She was at the Bangkok airport on the way to Australia — she had a visa to go to Australia — and her passport was seized by a Saudi embassy official in the airport,” said Phil Robertson, deputy director Asia for Human Rights Watch.

“She’s now being held at the Bangkok airport hotel and threatened to be sent back to Saudi Arabia tomorrow.

“I think she was trying to assert her independence and her family didn’t like that, she says she was physically and psychologically abused before she escaped.”

The BBC reports she told them she had renounced Islam, and feared she would be forcibly returned to Saudi Arabia and killed by her family.

The case mirrors that of another Saudi woman who was in transit to Australia in April 2017.

Dina Ali Lasloom, 24, was en route from Kuwait via the Philippines but was taken back to Saudi Arabia from Manila airport by her family.

#SaveDinaAli I just received this video, her uncles just arrived in Philippines , they are going to murder her, please help pic.twitter.com/l2J15PS0gL

She used a Canadian tourist’s phone to send a message, a video of which was posted to Twitter, saying her family would kill her.

Her fate on arriving back in Saudi Arabia remains unknown.

Saudi laws require females to get permission from male relatives before they travel or undertake a host of everyday tasks, restrictions which make it doubly hard for those wishing to escape family or life in the Islamic kingdom.