Jeffrey Lewis of the Middlebury Institute of International Studies told CNN the plant could be upgraded to increase the production of weaponized nuclear material by up to 25 percent:

“The most recent expansion at Yongbyon probably reflects plans to increase production of nuclear materials for weapons production,” he added, noting the ongoing construction is consistent with previous efforts to add floorspace at the facility, allowing it to house more centrifuges and thus, enrich more uranium on a yearly basis.

If North Korea were to upgrade the type of centrifuges currently in use at this plant, it “could increase the capacity of the plant substantially,” he told CNN.

The International Atomic Energy Agency (IAEA), nuclear watchdog for the United Nations, reported in late August that North Korea apparently restarted the Yongbyon reactor, which had been inactive since December 2018.

“Since early July, there have been indications, including the discharge of cooling water, consistent with the operation of the reactor,” the IAEA said, adding there were “deeply troubling” indications that a nearby plutonium laboratory had also resumed operation.

Some renewed activity was noted at Yongbyong in November 2020, but it most amounted to some plumes of vapor and ambiguous worker activity. 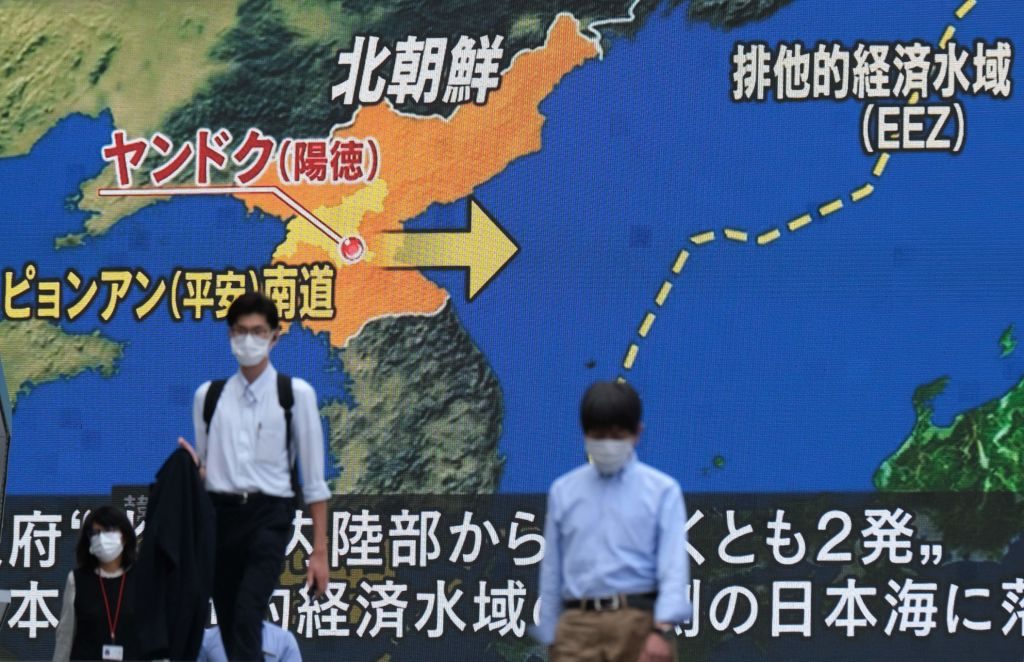 Pedestrians walk past a screen displaying a map explaining North Korea’s missile launch from the land of the country toward the Sea of Japan on September 15, during a news broadcast at Akihabara district in Tokyo on September 16, 2021. (KAZUHIRO NOGI/AFP via Getty Images)

North Korea watchdogs 38 North on Thursday pointed out that previous satellite images suggested the vital cooling units atop Yonbyon’s uranium enrichment plant were removed in late August, which would make it unlikely for the facility to be fully operational, and the new construction noted by other analysts does not appear to have a clear purpose.

“If North Korea is indeed in the process of replacing the cooling units for a system better-suited for the plant’s operational functionality (assuming an alternative means of cooling is not already in place), it has likely paused uranium enrichment activities until that system upgrade is complete,” 38 North concluded.

This could mean the construction activity at Yongbyon is theatrical, a form of saber-rattling, since North Korea is well aware the facility is watched closely by satellites. Alternatively, if the cooling system is undergoing extensive renovations, it could mean Pyongyang is serious about expanding the facility and enriching more uranium than ever before.