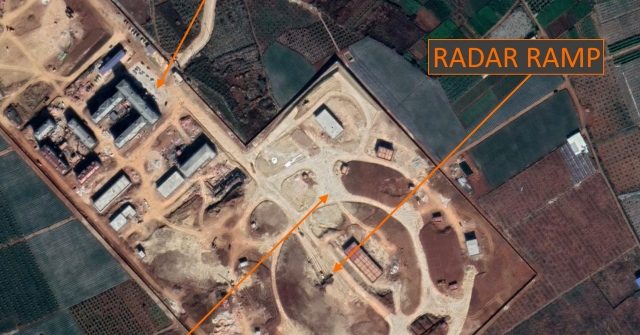 Another possible missile base was detected this month. The Vietnamese government said it is working to verify the reports.

A second surface-to-air missile site near China-Vietnam’s border is suspected to be under construction. The location is in Mengzi City, less than 70 km from the border. https://t.co/DBbHtum6Co

China is building a surface-to-air missile site about 20km from China-Vietnam’s border, satellite imagery revealed. The location is not far away from the suspected heliport that we reported recently. https://t.co/A4IjNUdHHJ

The second base has reportedly been under construction since last June. Analysts believe the Chinese are also planning to build airbases in the region, but have yet to obtain satellite photos of their construction.

Voice of America News (VOA) on Friday described the missile bases as “alarming” in the eyes of the Vietnamese government, and quoted analysts who said Hanoi was right to be worried, given Vietnam’s past conflicts with China and current tensions in the South China Sea:

China weathered border skirmishes last year with India following increased military presence and bristled as the navy of its superpower rival the United States passed warships 10 times last year in seas near the Chinese coast. Potential “competition” with the United States would draw in other Asian countries, Vuving said.

Vietnam is one of several nations that disputes China’s illegal claim to control almost the entirety of the South China Sea. In Vietnam’s case, the disputed territory includes valuable natural gas deposits Vietnam wants to develop in partnership with American and Japanese companies.

Chinese maritime forces scuttled a joint drilling project between Vietnam’s state energy company PetroVietnam and its Russian counterpart Rosneft last summer, and blocked a deal between PetroVietnam and Spain’s Repsol company a few years before that, in part by credibly threatening to use force against the Vietnamese ventures.

The Asia Maritime Transparency Initiative of the Center for Strategic and International Studies (CSIS) reported last week that Vietnam is shoring up its own defenses in the South China Sea, including significant fortification of its bases in the Spratly Islands. Some of these improvements appear to be concrete emplacements that could hold surface-to-air missile launchers. CSIS cited reports that Vietnam is considering equipping its bases with Russian- and Israeli-made missiles and rocket artillery that could strike nearby Chinese bases.

On the other hand, Vietnam appealed for peace in the South China Sea on Thursday after China objected to U.S. Navy ships conducting freedom of navigation patrols near the Spratly and Paracel islands. Vietnam invoked the United Nations Convention on the Law of the Sea (UNCLOS), which the United States says it is upholding by securing the freedom of international navigation through waters illegally claimed by Beijing.

China increased tensions in the South China Sea last week by passing a “Coast Guard Law” that explicitly authorizes its coast guard to fire on foreign vessels and create “temporary exclusion zones” which foreign vessels are forbidden from entering. On Friday, Japan countered by announcing a similar policy for its own coast guard ships stationed around the Senkaku Islands, another chain the Chinese are attempting to control by force.