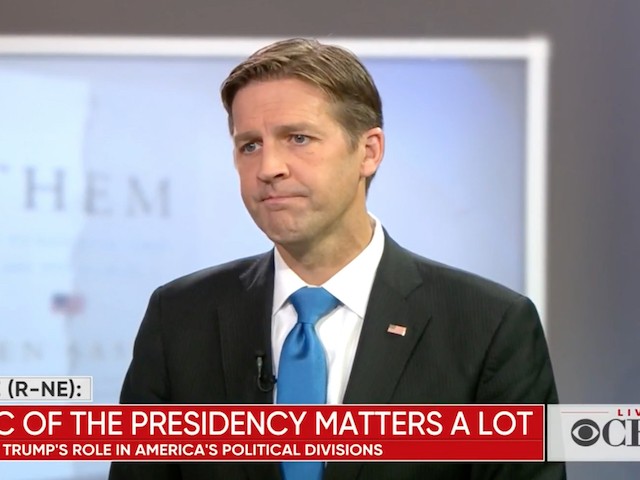 Monday in an interview with CBS News, Sen. Ben Sasse (R-NE) said President Donald Trump “will take something like people’s anxiety” about employment stability and “pretend the problem is immigration or trade policy.”

Sasse said, “We have shorter duration jobs. Why is that happening? Overwhelmingly it’s happening because the IT revolution is leading to more automation in the way we produce stuff. It’s not primarily because of immigrants. So the president will take something like people’s anxiety about how long you are going to work at your firm and he wants to say, I the politician can bring your jobs back. You are going to have an industrial job for your whole life. That’s just not true.”

He continued, “What’s happening is really smart humans are using their brains to figure out how to make factories more and more efficient with machine learning and robotics and other forms of automation And it means that the share of people who work in manufacturing has been declining for decades. Donald Trump didn’t create that but it means Donald Trump or no other politician is going to solve that either. We used to have 31 percent of Americans working in factories 40 years ago; today it’s 7 percent . That number is going down, not up. So when we pretend the problem is immigration or trade policy, and I care deeply about free trade, it’s just not true. The main thing driving industrial change and shorter duration jobs is more automation. So we should tell the truth about that stuff instead of deciding who we want to be against.”