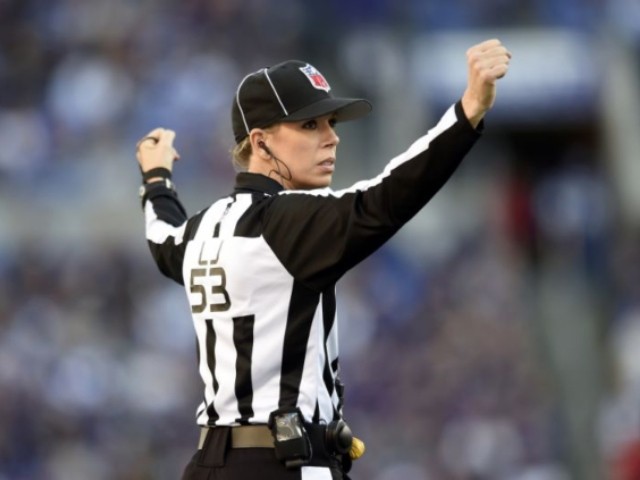 The NFL has never had a female referee officiate during a postseason game, but all that is going to change this weekend.

Sarah Thomas, who became the first full-time female referee in league history in 2015, will be on the field when the Patriots face the Chargers on Sunday:

According to 12up, Thomas won’t be the only female official involved in the Divisional Round of the playoffs. Terri Valentini will handle replay duties during the Colts-Chiefs game on Saturday.

Of course, regardless of the gender of the officials, fans can safely assume that no one will know what a catch or pass interference actually is.