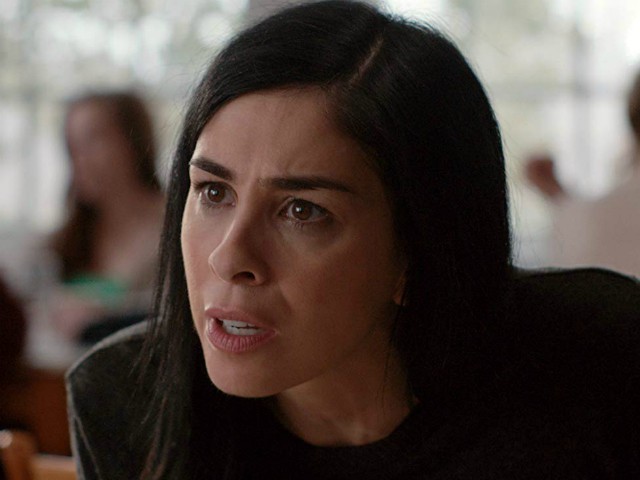 Sarah Silverman commented on President Trump’s response to the migrant caravan heading toward the United States during a monologue on her Hulu show I Love You, America.

“[Trump] starts fake fights that he doesn’t have to finish, because he knows in one way or another someone will finish them for him. And that is his starring role in our current epidemic of domestic terrorism,” the 47-year-old said.

She continued, “It’s how we end up with 14 bombs to 14 people he has publicly targeted over and over again. A racist shooting in Kentucky, an anti-Semitic massacre in Pittsburgh, all in less than a week of announcing that he is a nationalist.”

The School of Rock actress then encouraged her audience to vote in the upcoming midterm elections.

“So next week, you know, think about voting. We’ve got to vote leaders into power that will see through the fear mongering, and the fake panic. Because if it’s not immigrants, it’ll be the media, and if it’s not the media, it’ll be some other made up enemy, or, the classic fall back, Jews.”

Silverman is a longtime supporter of progressive values, but under President Trump, she seems to have become fully unhinged.

During the saga over Justice Brett Kavanaugh’s nomination to the Supreme Court, she said that she hoped Trump would be “held down” and “violated.”

I hope you someday understand what it is to be held down against your will and violated. Your compassion is startless https://t.co/ujlTX8Wr9X

“I hope you someday understand what it is to be held down against your will and violated. Your compassion is startless,” she tweeted at Trump.