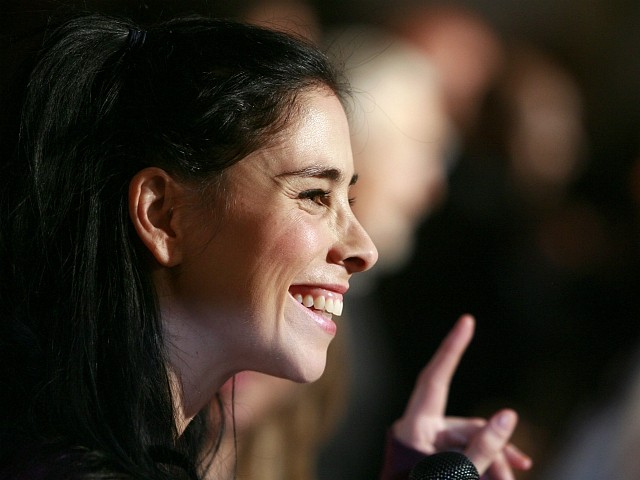 Actress-comedian Sarah Silverman compared making gay jokes to describing a black person as “colored,” after the unearthing of her homophobic tweets from years ago.

“I think I can find other ways to be funny. I mean, I used to say ‘gay’ all the time…’Oh, that’s so gay.’ Were from Boston, we’d go, ‘That’s what we say in Boston. I have gay friends. I just say gay,’” Sarah Silverman told TMZ.

“And then I heard myself and I realized I was like the guy who said ‘What? I say colored…I have colored friends.’ And I realized it was stupid and I’m certainly creative enough to think of other words besides that, that don’t hurt people. But I fuck up all the time.”

Silverman was called out for past of homophobic jokes by many social media users following Kevin Hart’s decision to step down from his position hosting the Oscars over old gay jokes.

The Hulu host had multiple social media posts where she used the homophobic slur “fag” and “faggot.”

In one post, Silverman said, “I dont mean this in a hateful way but the new bachelorette’s a faggot.” Fellow celebrity Nick Cannon publicized these posts from Silverman, also posting similar tweets from Amy Schumer and Chelsea Handler.

The School of Rock actress, meanwhile, is one of the loudest voices for the Resistance movement in Hollywood. In October, she said that President Donald Trump has gone “full Hitler.”