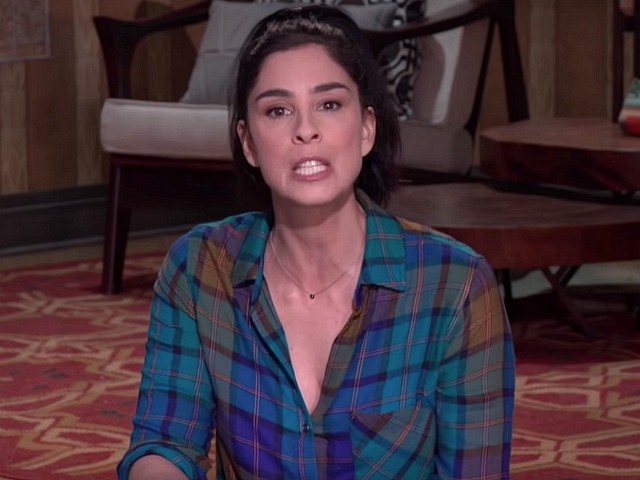 Comedian Sarah Silverman attacked white women who voted for President Donald Trump in a new video from her Hulu series I Love You, America.

“God, I wish I could get through to the 52 percent of white women who put Trump in office, but they’re too far gone, so instead I am looking to young people,” Sarah Silverman said.

Silverman also went after Brett Kavanaugh, saying, “If I think of his frowny pink face and his Pert Plus hair one more time I’m gonna puke.”

The School of Rock actress then urged young people to vote, saying that if young people don’t want to listen to her, they should at least listen to pop star Taylor Swift.

“Yes, Taylor’s a little late to the game and waited until the American leg of her tour was over to speak up but hey, better late than never, ever, getting back together, fuck, her songs are so catchy, look what you made me do.” the 47-year-old comedian said, referencing a number of songs by Taylor Swift.

“I believe in the fight for LGBTQ rights, and that any form of discrimination based on sexual orientation or gender is WRONG. I believe that the systemic racism we still see in this country towards people of color is terrifying, sickening and prevalent,” Swift wrote.

“I cannot vote for someone who will not be willing to fight for dignity for ALL Americans, no matter their skin color, gender or who they love.”

Silverman has long been an outspoken progressive. Just last weekend, she posted a sickening tweet where she fantasized about President Trump being “held down” and violated.”

I hope you someday understand what it is to be held down against your will and violated. Your compassion is startless https://t.co/ujlTX8Wr9X

“I hope you someday understand what it is to be held down against your will and violated. Your compassion is startless,” she tweeted at President Trump.