White House Press Secretary Sarah Sanders shared a “Mueller Madness” bracket from the New York Post, ridiculing all of the fake news pundits for getting the investigation wrong.

“Mueller Madness!” she wrote on Twitter. “Which of the angry and hysterical Donald Trump haters got it most embarrassingly wrong? #YouDecide.”

Mueller Madness! Which of the angry and hysterical @realDonaldTrump haters got it most embarrassingly wrong? #YouDecide pic.twitter.com/IkzUesDdub

The bracket was published by New York Post op-ed editor Sohrab Ahmari on Monday night, as Trump supporters fired back at the biased pundits for getting the verdict from Special Counsel Robert Mueller so wrong.

“The president’s haters no doubt wish to memory-hole collusion and move on to the next anti-Trump theory,” he wrote. “But not so fast: We want to laurel the punditry ‘champion’ — the one who peddled the most nonsensical nonsense, the wildest inanities, the weirdest theories and unsubstantiated stories.” 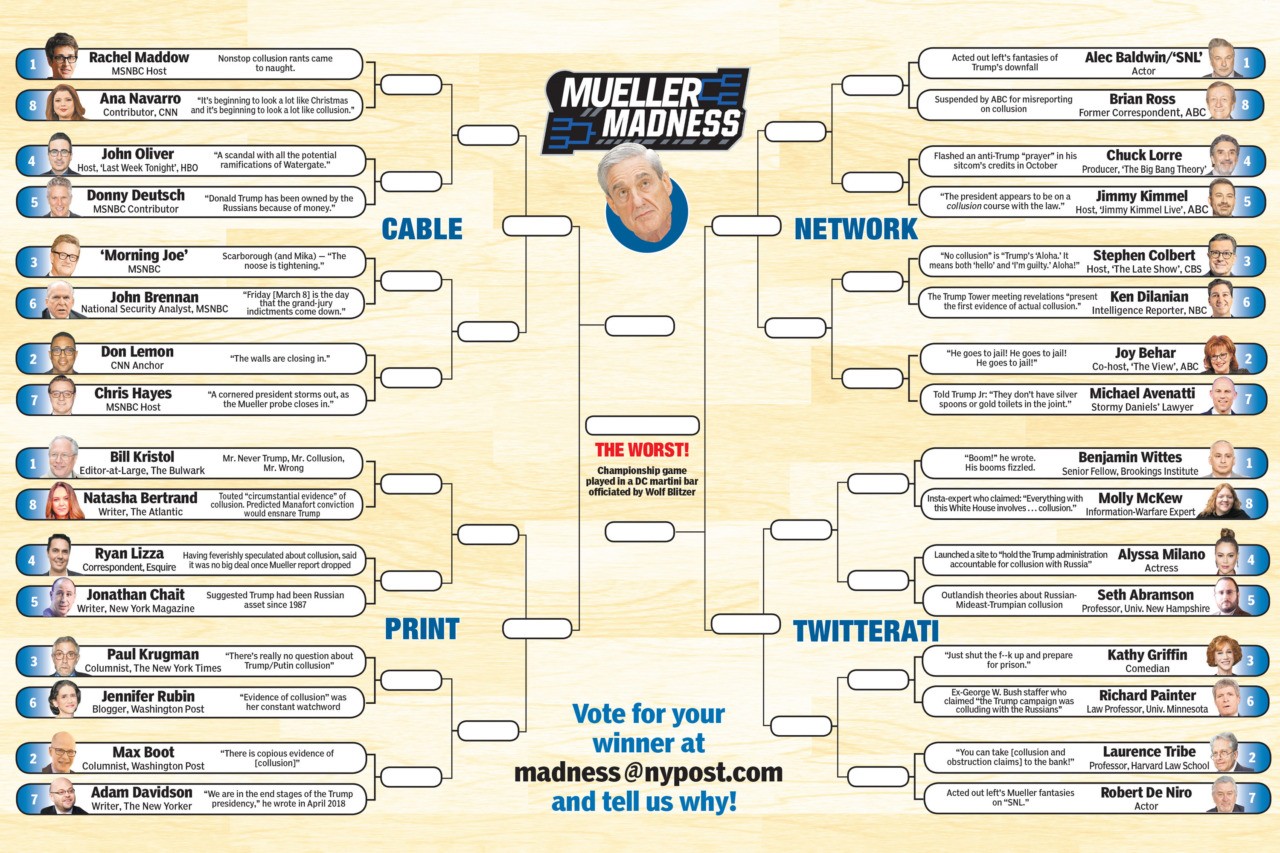