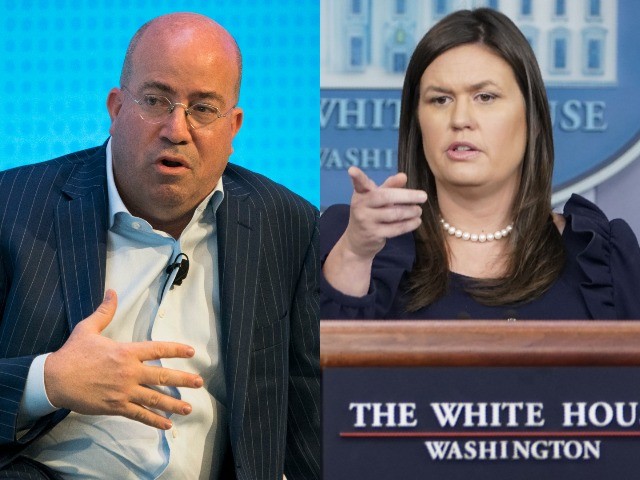 “I think it is absolutely disgraceful that one of the first public statements we heard from CNN yesterday put the blame and responsibility of this despicable act on this president and on me personally,” Sanders said on Fox News.

Sanders was responding to a Wednesday statement from CNN President Jeff Zucker after the bomb scare, demanding that both President Donald Trump and Sarah Sanders take responsibility for their “attacks on the media.”

“The person that is responsible for this is the person who made and created and put these suspicious packages in the hands and in the arms of innocent American citizens,” she said.

Sanders also denounced a fictional scenario published by the New York Times where the Secret Service collaborates with Russians to assassinate the president.

“I find it to just be absolutely abhorrent and disgraceful and absolutely the type of thing the president was talking about,” she said.

Sanders also responded to former CIA director John Brennan who demanded that the president “act presidential” after the attacks.

“The president I think could not have been more presidential yesterday, when he spoke directly to the American people,” she said. “Let’s not get lost on who is responsible for this heinous act. It is the person who made and sent these suspicious packages.”

Later, Sanders compared the incident to a supporter of Sen. Bernie Sanders shooting congressional Republicans at a baseball practice.

“The President is certainly not responsible for sending suspicious packages to someone, no more than Bernie Sanders was responsible for a supporter shooting up a baseball practice field last year,” she told reporters in the White House driveway.