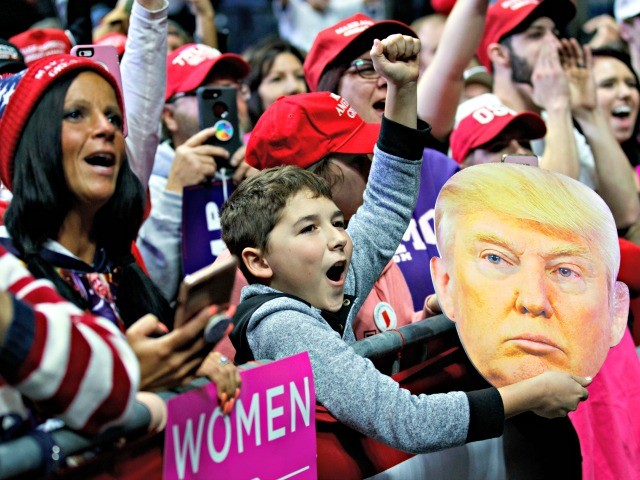 The crowd cheered wildly as Sanders took the stage with White House counselor to the president Kellyanne Conway.

She thanked President Donald Trump for allowing her to serve in his administration, calling it “the privilege of a lifetime,” but said that the most important job she had was being a mother.

“That’s why I work for this president because I care about my kids’ future, and I care about the future of our country,” she said. “I want somebody that who will know who will protect their future, protect this country and make sure that they have the best America possible, and that’s why we’re going to keep making America great again.

The president planned three different campaign rallies on Monday before the midterm elections on Tuesday.

Sanders and Conway said they were speaking in their personal capacities, pre-empting complaints about the two government employees breaking the Hatch Act.

Conway urged Indiana voters to get their friends and colleagues out to the polls on Tuesday, commenting that she felt the same energy as during the 2016 elections.