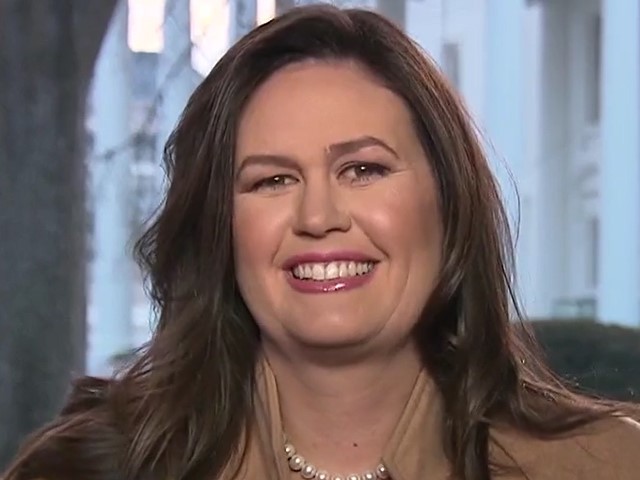 Tuesday on CNN’s “New Day,” White House press secretary Sarah Sanders previewed President Donald Trump’s upcoming State of the Union the address, saying she does not believe his message will be any different than the one he has had since the start of his campaign.

“I don’t think that the president’s message is going to be different than the one he’s been talking about since he started campaigning,” Sanders told host John Berman.

She continued, “This is a president who is a visionary, he’s a president who likes to get things done and he’s going to lay out the case — one, of things we have already accomplished, some of which we have done in a bipartisan fashion, and also looking forward. If we are willing to work together, if we are willing to choose greatness, here’s what we can accomplish. Here’s what we can do. Let’s come together, let’s do what all of America wants from us. Let’s do our jobs and solve real problems.”