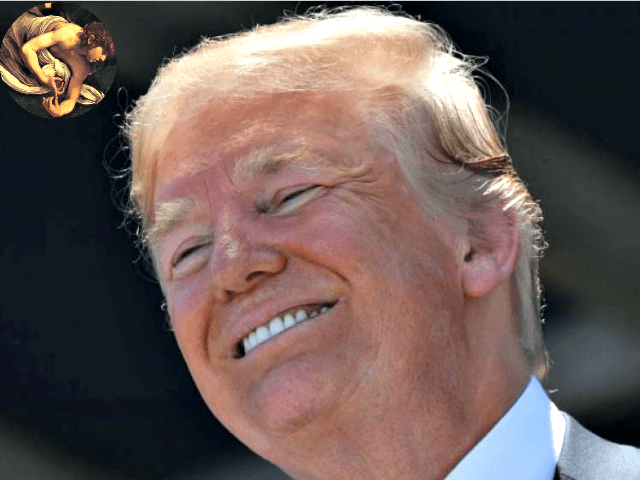 “I think God calls all of us to fill different roles at different times and I think that he wanted Donald Trump to become president,” she said in an interview with Christian Broadcasting Network. “And that’s why he’s there and I think he has done a tremendous job in supporting a lot of the things that people of faith really care about.”

Sanders gave CBN News a lengthy interview where she also responded to questions about Nancy Pelosi calling Trump’s proposed wall as “immoral.” CBN provided Breitbart News with a transcript of the interview.

“Honestly, it’s very hard at this point to even take a lecture from Democrats on what is moral and what isn’t,” she replied.

She pointed to Democratic leaders like New York Gov. Andrew Cuomo and Virginia Gov. Ralph Northam, who endorsed late term abortion, and Democrats in Congress for exploring the move of taking “so help me God” out of their swearing-in ceremonies.

“But the idea that protecting the people of your country, which is the fundamental duty of being President of the United States,would in some way be immoral is a ridiculous charge and something that I think probably, I would think Speaker Pelosi may even regret making that comment because she’s seen how ridiculous that sounds and how the evidence is so contrary to that comment,” Sanders concluded.

CBN News will air parts of the interview with Sanders on Wednesday’s Faith Nation on the CBN News Channel at 6:00 p.m. ET.