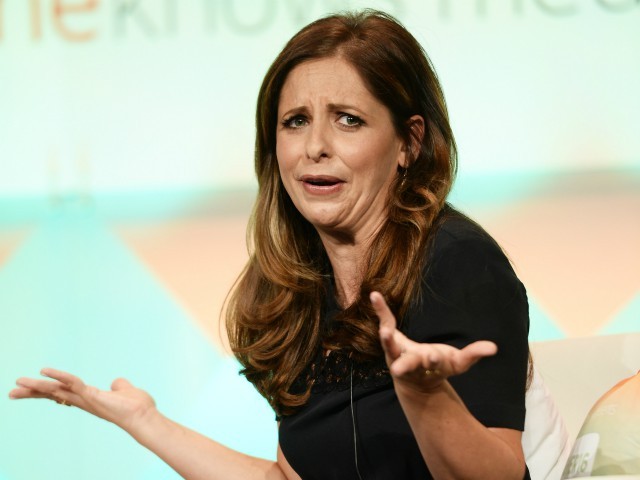 Actress Sarah Michelle Gellar apologized to her fans Tuesday for posting a public reminder to herself “not to overeat” on Thanksgiving, saying that she’s “terribly sorry” if she fat-shamed anyone.

“I’m just going to pin these up all over my house as a reminder not to overeat on Thursday #thanksgivingprep,” Sarah Michelle Gellar initially wrote in an Instagram caption, along with old photos of herself.

The post’s caption offended many of her followers, some of whom accused the actress of promoting fat-shaming and unhealthy eating disorders. One user said that Gellar’s caption was “very dangerous” and included “insensitive wording.”

The 41-year-old immediately buckled to the social media campaign against her, saying, “It’s come to my attention that some people think I was ‘fat shaming’ with this post. That could not be further from my intentions.”

“I love Thanksgiving and unfortunately my eyes are often bigger than my stomach, and I tend to eat so much I make myself sick. This was a joking reminder to myself not to do that,” she continued. “I’m terribly sorry that people were offended by my attempt at humor. Any one that knows me, knows I would never intentionally ‘shame’ any one on any basis. I am a champion of all people.”

The Cruel Intentions actress’ apology may have been wholly unnecessary, however. A quick look at the comments on her Instagram page shows that there were far more comments in defending her than attacking her.

As one user so succinctly put it, “You DON’T owe ANYONE an apology!!! Being disciplined and responsible with your nutrition is something to be admired.”