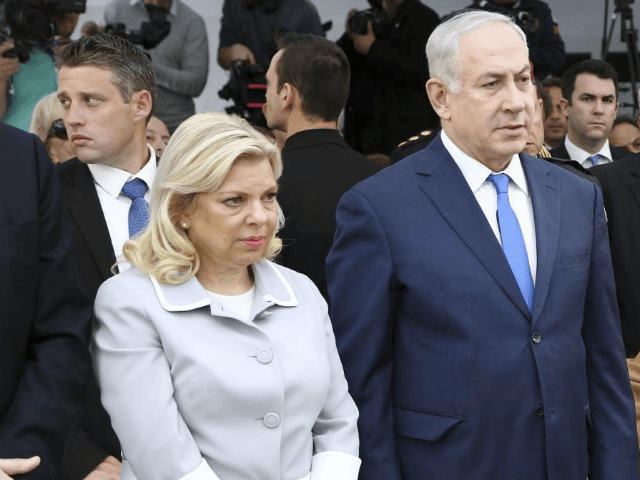 The start of the trial will be the latest chapter in a saga intensely scrutinized in Israel — but dismissed by the Netanyahus as another “absurd” attempt to discredit them.

The veteran premier himself faces possible charges in separate corruption investigations, leading to speculation that he will eventually be forced to step down. He has denied the suspicions against him.

Sara Netanyahu was charged with fraud and breach of trust in June.

Prosecutors accuse her of misusing state funds to pay for catered meals costing NIS 360,000 ($100,000) by falsely declaring there were no cooks available at the premier’s official residence.

Under state regulations, cooks at the Prime Minister’s Residence are supposed to supply prime ministers and their immediate families with daily meals. Where cooks are not employed, the prime minister’s family is permitted to order external meals, up to a maximum cost of NIS 200 per person plus tax. The state is also authorized to foot the bill for private guests of the prime minister and his or her spouse so long as this is not a social or family event involving more than 20 people.

From 2010 to 2013, she, her family and guests received “fraudulently from the state hundreds of prepared meals,” the indictment read.

According to the charge sheet, the meals were ordered from a variety of well-known Jerusalem businesses, including an Italian restaurant, a Middle Eastern grill joint and a sushi establishment.

The trial, which could run for months, is to open in the Jerusalem magistrates court at 1:30 P.M., overseen by a panel of three judges due to the “public sensitivity” of the case.

It was originally scheduled to start in July but was postponed for reasons that were not made public.

Sara Netanyahu, aged 59 and a high-profile presence at her husband’s side throughout his long tenure, has denied any wrongdoing.

But the case has again turned the spotlight on the Netanyahu family and past allegations of misbehavior.

Sara Netanyahu has previously been accused of pocketing cash from deposit refunds for empty bottles returned from the official residence.

She has also faced accusations of mistreating staff, and in 2016 a court awarded some $47,000 in damages to a former housekeeper who accused the couple of repeated workplace abuse.

The legal woes have garnered intense, and sometimes lurid, attention from the media.

The Netanyahus have hit back, calling reports grossly unfair smear attempts; Sara Netanyahu has in the past said that her “blood has been spilled publicly.”

There are potentially more serious allegations facing Benjamin Netanyahu, who faces a possible indictment in the months ahead related to three separate graft investigations.

On Friday police quizzed him for a 12th time as a suspect in the cases.

Allegations against him include allegedly seeking a secret deal with the publisher of Israel’s top-selling newspaper Yedioth Aharonoth to ensure positive coverage in return for pushing forward a law that would have limited the circulation of a rival.

Another case involves suspicions that the prime minister and his family received luxury gifts from wealthy individuals in exchange for financial or personal favours.

There is also an ongoing inquiry into the prime minister’s ties with local telecoms giant Bezeq and its largest shareholder, Shaul Elovitch.

In that case, Benjamin Netanyahu is alleged to have sought favorable coverage from another Elovitch company, the Walla news site, in exchange for government policies that could have benefited the mogul’s interests to the tune of hundreds of millions of dollars.

Elovitch was arrested in February along with six other people, including Nir Hefetz, a former media adviser to the Netanyahu family who has turned state witness.

Police have recommended Benjamin Netanyahu be indicted in two cases, though the attorney general has yet to decide whether to do so.

Despite the ongoing investigations, Netanyahu has remained strong in polls and he is not obliged to step down if formally charged.