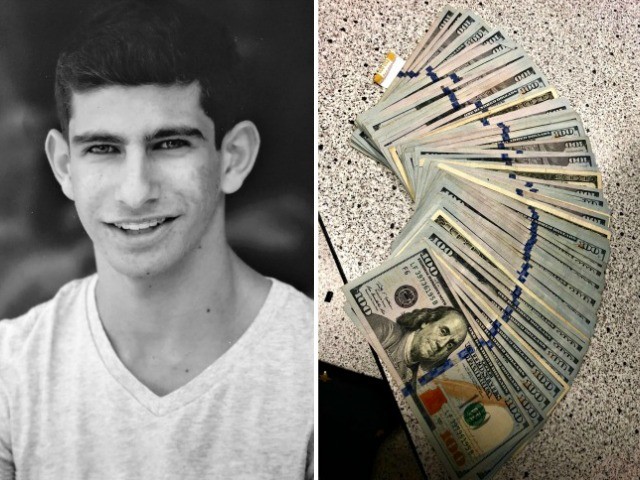 A teenager from Santa Barbara, California, who found a purse containing $10,000 in cash while on his way home from school this week, returned the purse to its owner.

Rhami Zeini, a 16-year-old high school junior, discovered the purse Wednesday in the middle of the street on his walk home from school when he found $10,000 inside.

Zeini, who first checked the purse for identification, went to his parents and turned in the purse to the Santa Barbara County Sheriff’s Office.

A Santa Barbara teen found a purse in the roadway w/ $10,000 dollars inside. We commend him for doing the right thing and turning it in to the Sheriff’s Office. We found the grateful owner. What a great example of doing the right thing even when no one is watching. #sbsheriff pic.twitter.com/iJbOO9dJeW

“What a great example of doing the right thing even when no one is watching,” the Santa Barbara County Sheriff’s Office tweeted late Friday night.

Deputies were able to track down the owner of the purse and give her the money. The woman gave Zeini $100 as a reward. A spokesperson for the sheriff’s office said the woman had been on a hike and mistakenly left the purse on the roof of her vehicle before driving away.

“I figured this is the right thing to do — if I take it and find whoever’s purse it was — because, if the roles were reversed, and I had lost something with a significant sum of money inside, I know I would want it back for sure,” Zeini told KCOY.