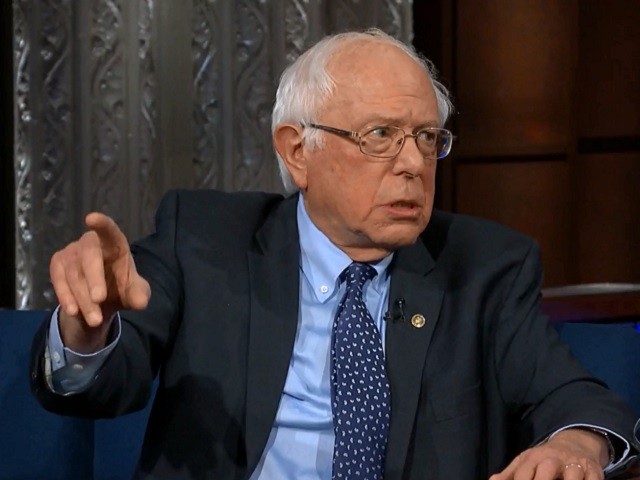 On Thursday’s broadcast of CBS’ “The Late Show,” Senator Bernie Sanders (I-VT) argued that news networks are reluctant to talk about climate change, and part of the reason for this is the fact that they are sponsored by fossil fuel companies.

Sanders said, “[O]ne of the problems is, let me be very honest, you know, whenever we turn on the television, all these ads from the fossil fuel industry –.”

Host Stephen Colbert then cut in to ask, “So, CNN isn’t talking about global warming because Exxon is paying for the — to keep the lights on?”

Sanders responded, “I think that is one of the reasons, yeah. Let me say that, I do think it is.”