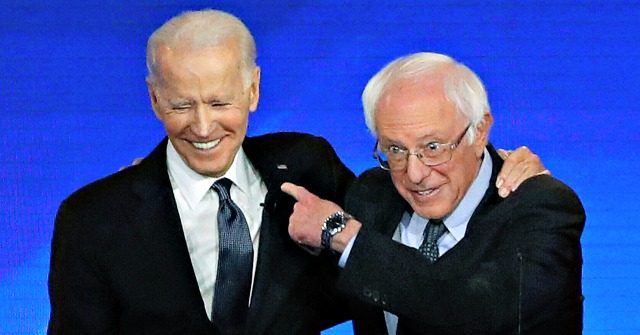 On Wednesday’s broadcast of MSNBC’s “All In,” Sen. Bernie Sanders (I-VT) said that if the platforms created as a result of the task forces that Sanders helped form with 2020 Democratic presidential candidate former Vice President Joe Biden are implemented, then Biden will be “the most progressive president since FDR.”

Sanders said, “I was glad to work with the vice president in forming six separate task forces. Which had some of the most knowledgeable people in the country coming together to deal with education and climate change and health care and the economy and criminal justice and immigration reform. And these folks, needless to say, the people who represented the progressive movement had a different perspective on things than did Biden’s people. … I think the compromise that they came up with, if implemented, will make Biden the most progressive president since FDR. It did not have, needless to say, everything that I wanted, didn’t have everything that Biden wanted, but there is no question that, on some of the major issues facing this country, if that agenda is implemented, life will improve for tens and tens of millions of working people. It will improve for our environment and for climate change, criminal justice, and for the needs of low-income people.”