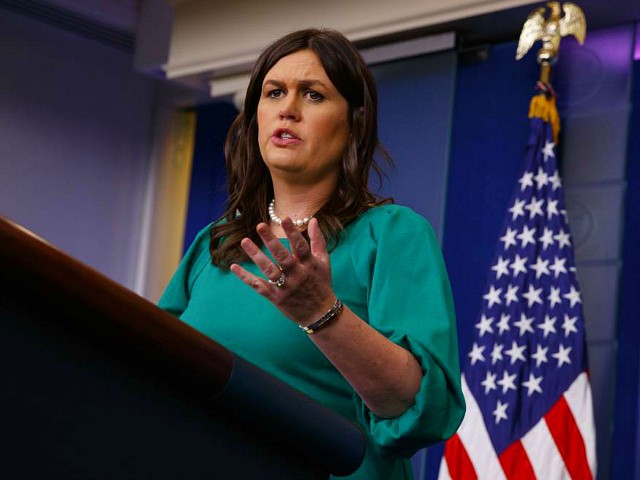 On Monday’s broadcast of the Fox News Channel’s “Fox & Friends,” White House Press Secretary Sarah Huckabee Sanders stated she doesn’t know if the 2018 elections are a referendum on President Trump, but the president has “galvanized” his supporters.

Co-host Steve Doocy asked, “[T]his really is kind of a referendum on the president, isn’t it?”

Sanders responded, “I don’t know if it’s a referendum on him, but I certainly think that you’re going to see supporters galvanized because of him. Certainly, we’ve seen that as he’s traveled around the country, unprecedented numbers turning out for somebody who’s not on the ballot, the type of energy and enthusiasm that we’ve seen day in, day out, over the last probably six to eight weeks is something I’ve never seen before, certainly not in a midterm election, for any president at any point.”