San Francisco Mayor London Breed warned “the days ahead for our public schools will not be easy” Tuesday after voters overwhelmingly recalled three members of the city’s school board.

Critics said the unprecedent recall held the members to account for their wilful ignorance in failing to address the needs of children during the coronavirus pandemic.

Voters backed the recall of the trio in the special election, according to tallies by the San Francisco Department of Elections.

“The voters of this city have delivered a clear message that the school board must focus on the essentials of delivering a well-run school system above all else,” Mayor London Breed said in a statement acknowledging the result. “San Francisco is a city that believes in the value of big ideas, but those ideas must be built on the foundation of a government that does the essentials well.” 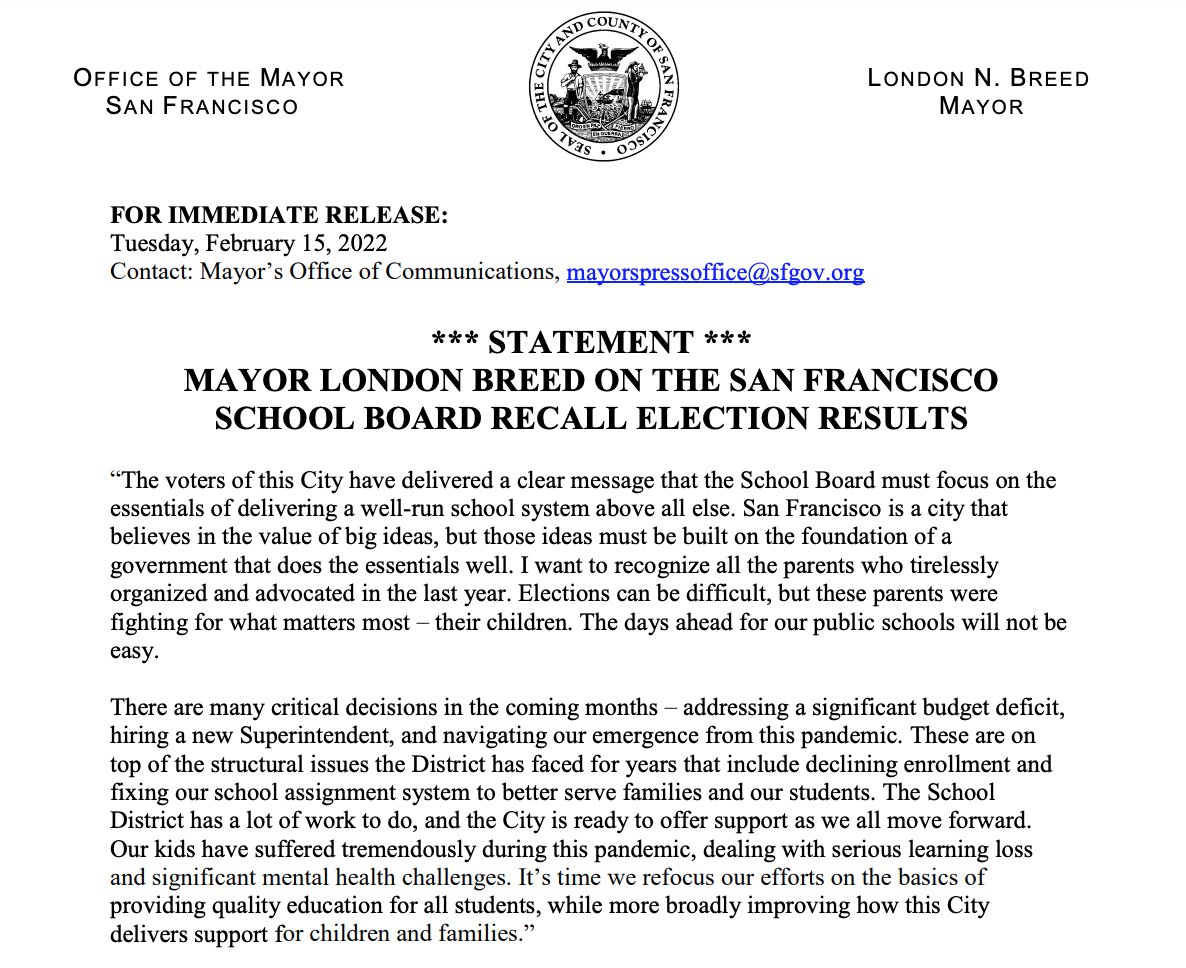 Breed will now appoint board replacements to serve until another election in November.

The election was the first recall in San Francisco since 1983, after a failed attempt to remove then-Mayor Dianne Feinstein.

The Associated Press noted in its report:

For many parents, the special municipal election is a referendum on how the city’s school board managed the pandemic.

The recall effort stemmed from frustration felt by parents who say the board wasted its time on matters unrelated to the coronavirus instead of focusing on reopening public schools.

Most of the city’s 115 schools, which serve 50,0000 students, were closed for over a year, from March 2020 to August 2021, even as nearby districts eventually reopened classrooms and private schools across the city held in-person classes, which infuriated many parents. 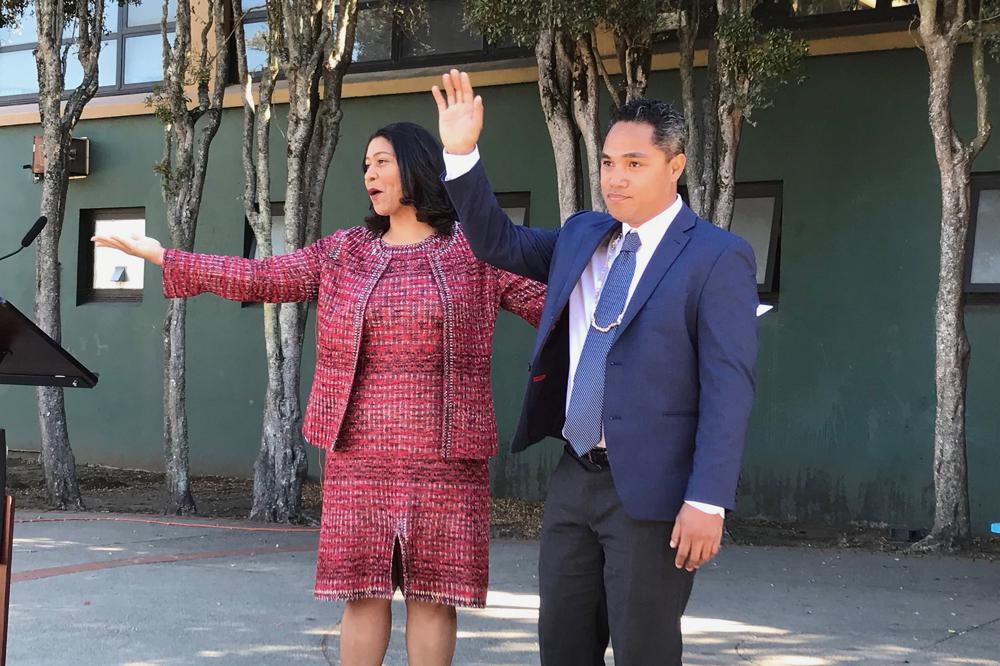 San Francisco Mayor London Breed, left, waves next to Faauuga Moliga, who she appointed to the school board, Oct. 15, 2018, in San Francisco. He was recalled by voters on Tuesday. (Jill Tucker/San Francisco Chronicle via AP)

Many Asian parents were also angered by the board’s efforts to end merit-based admissions at the elite Lowell High School, where Asian students are the majority, AP reported.

As a result, many Asian American residents were motivated to vote for the first time in a municipal election.

The grassroots Chinese/API Voter Outreach Task Force, which formed in mid-December, said it registered 560 new Asian American voters in the days prior to the poll.